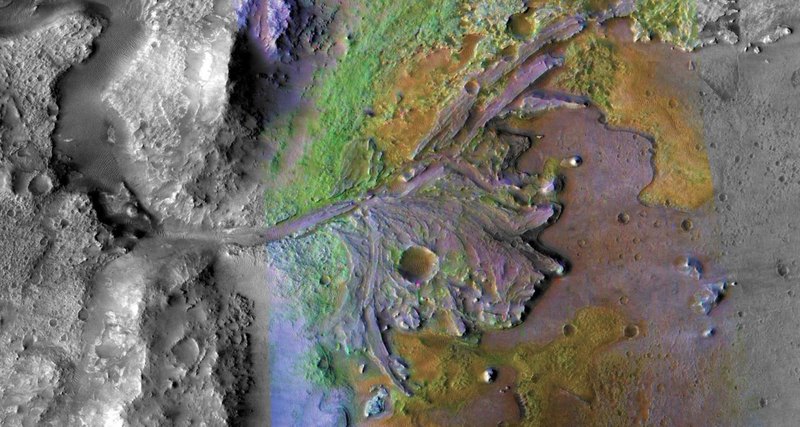 New studies show that deposits in the river delta inside the Jesero Crater on Mars formed over time. This in turn suggests that the river could contain life, the evidence of which should have been well preserved.

The wavy stripes visible from space show that rivers once flowed on the surface of Mars, but how long did this take? Scientists say it’s enough to leave traces of existing life.

Researchers have suggested that the Martian crater Jezero may be a good place to look for signs of life. A new analysis of satellite imagery confirms this hypothesis. Modeling the length of time it took for the formation of sedimentary layers in the delta, deposited by an ancient river, the researchers concluded that if life had once existed on the surface of Mars, its traces could remain in the delta deposits.

“Water probably existed on Mars for a considerable period of time, and this environment was certainly livable, even if it was arid,” says lead author Mathieu Lapotre. “We learned that the sediment was deposited quickly and that if there were organic substances, they would be quickly” mothballed. ”

Jesero Crater was chosen for the next NASA rover mission, partly because this place contains a river delta, which on Earth is known to effectively preserve the organic molecules associated with life. Scientists’ new work offers sample extraction guidelines to better understand the ancient Martian climate and delta formation time.

Findings from the crater could also help understand how life on Earth evolved. If life once existed on Mars, then it most likely did not develop beyond the unicellular stage, scientists say. Its evolution was stopped by some unknown event that sterilized the planet. This means that the Martian crater can serve as a kind of time capsule, preserving the signs of life.