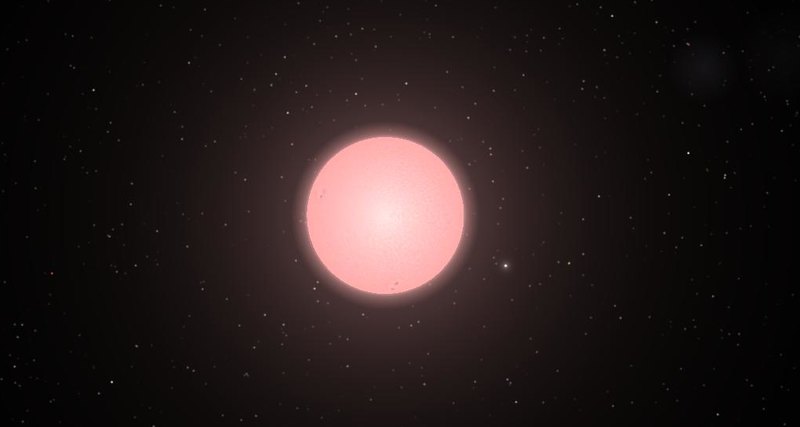 On May 12, astronomers detected signals coming from Ross Ross 128, which is 11 light years from Earth. This signal goes at higher frequencies than a normal radio signal from a star, and spreads in all directions. Its structure, constancy and immobility show that it can not come from near-Earth satellites.

Ross 128 is an active flashing star, and while these outbreaks are the main hypothesis of what is happening to it now. True, there is one thing: the signal does not resemble any flash from those that astronomers have fixed so far, since all the activity of the star is at much lower altitudes.

That is, while scientists believe that the new signal is a sign of a new class of a stellar outburst.

There are a couple of hypotheses, and they are both based on the assumption that the signal does not come from Ross 128. According to one version, there is another source of signal in the zone, for example, a background star. For another, the cause of the anomaly is a satellite in high orbit. This can explain why the signal does not move (as it would be in the case of a satellite closer to the Earth), but its frequency does not clarify at all.

And yes, there is one more explanation, which has not been discounted yet. Abel Mendes, director of the Laboratory of the habitation of planets in Arecibo, comments: “We need to drop all other probabilities before moving on to aliens, but so far, nothing can be said for sure.”

But even if they are not aliens, then in any case we have a completely new type of red dwarf activity, which is Ross 128, which in itself is a completely unique phenomenon.