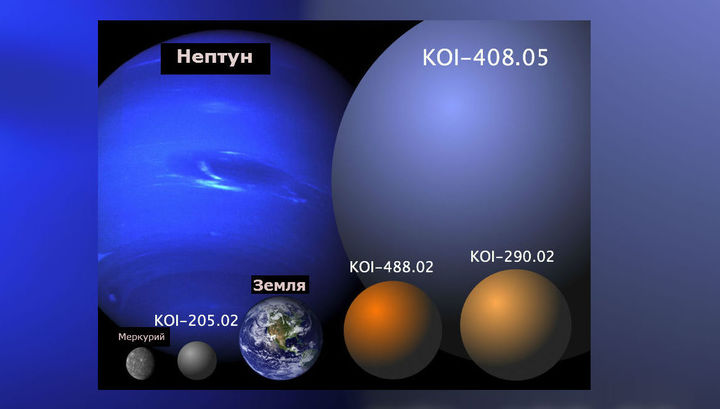 A bachelor’s degree in physics and astronomy from the University of British Columbia of Canada (UBC), not only gave yesterday a student Kunimoto Michelle (Michelle Kunimoto) a start in life, but also helped open four new world outside the Solar system.

The objects still have the status of “candidate planets”, and other independent scientific review panel will validate the conclusions of Kunimoto. However, by itself such event is a landmark. After all earlier similar investigations dealt exclusively with professionals, and now, it appears, a new area on the map space can open even a young professional.

Michelle has detected signals of the four worlds. The first two potential exoplanets the size of Earth, one comparable in diameter with mercury, and the latter a little more than Neptune’s. But it was the last of them, the biggest of the four, is of particular interest.

It is officially catalogued as KOI 408.05 and is located in 3200 light years from Earth. The planet is in the habitable zone of its star, i.e. the temperature at its surface is such as to have liquid water and perhaps even life.

“This planet will likely not have as our Neptune’s rocky surface. But, in the same way as planets in our Solar system, it may have large satellites, and these satellites may have oceans of liquid water,” — says a graduate of the University of British Columbia.

Professor of astronomy UBC Jamie Matthews (Jaymie Matthews) leads the analogy with sci-Fi world: “Pandora in the movie “Avatar” was not a planet but a satellite of a giant planet.”

While some researchers were inspired by the possible presence of life on the planet, Kunimoto were pleased to open for other reasons. In the framework of a specialized course designed specifically to give students research astronomers and professional experience, she spent months studying data obtained by the spacecraft NASA “Kepler”. Goal is to try to find something that other scholars might have overlooked. In the case of Michelle this innovation led to a tangible result.

Recall that the telescope “Kepler” four years studied about 150 thousand stars in our Galaxy, looking for periodic changes in brightness of the stars and collecting data, known as light curves.

“The stars are only a point light source, so I looked for subtle dips in brightness of stars every time a planet passed in front of her. These failures are known as transits, and only through this way we can find out the diameter of a planet outside the Solar system,” says Kunimoto.

And the more the orbit of the exoplanet, the fewer transits watches astronomer. It is for this reason the opening of this warm “Neptune” is so rare. It bypasses your star for 637 days. Of the nearly 5,000 planets and planet candidates discovered by Kepler only 20 have a longer orbital period than KOI 408.05.

In the future, Kunimoto intends to return to the University of British Columbia to get a master’s degree in physics and astronomy, to continue to “hunt” for planets and to study them for the presence of life on them.