A stunning image of the clouds of Jupiter 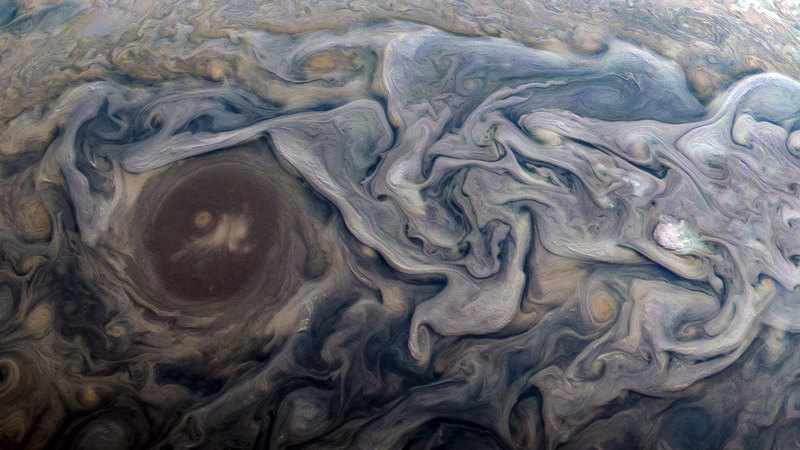 This image is a processed image of Jupiter obtained by the Juno device on February 12, 2019, when the probe made the 18th closest approach to the gas giant. At the time of the snapshot, the device was located approximately 13,000 kilometers from the upper boundary of the clouds of the northern hemisphere of Jupiter. As noted, the image demonstrates the region of the jet stream called Jet N6 (it has a dark structure in the shape of a circle (in the left part of the image) and the clouds surrounding it).

The automatic interplanetary station Yunona was launched by NASA in August 2011. In 2016, the device went into orbit around Jupiter and still continues to study the gas giant. It is expected that the mission of the probe will be completed in July 2021.