A system with three earth-like planets 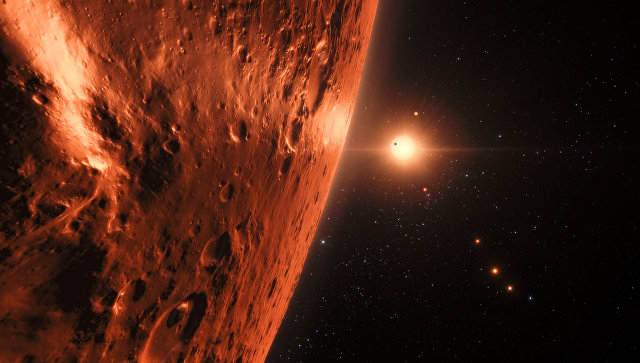 Astronomers led by Deez Alonso of the University of Oviedo in Spain, having analyzed the data of the Kepler telescope, discovered two new planetary systems and three earth-like planets.

The first system is about 160 light-years distant from the Sun. It contains at least three stony planets, whose radius is equal to or approximately equal to the terrestrial, and the mass is 1.4, 0.9 and 1.3 of the Earth’s mass. Celestial bodies revolve around the red dwarf with periods of 5.2, 7.8 and 10.1 days. The effective temperature of the star is 3450 Kelvin, which is almost one and a half times less than that of the Sun.

In the second system, the main star is a red dwarf with an effective temperature of 3800 Kelvin. Two super-earths revolve around it, two times the size of the Earth, and five by mass. One revolution around the star of the planet is done in six and twenty days, respectively.

In the future, researchers hope to characterize the atmospheres of objects, as well as determine their composition. However, astronomers assume that the planets are too hot for them to exist on certain forms of life.

The most rich in terrestrial planets is TRAPPIST-1, which is located at a distance of 39.5 light years from the Sun in the constellation of Aquarius. Seven land-like planets were found in it, three of which are in the so-called “habitable zone”.