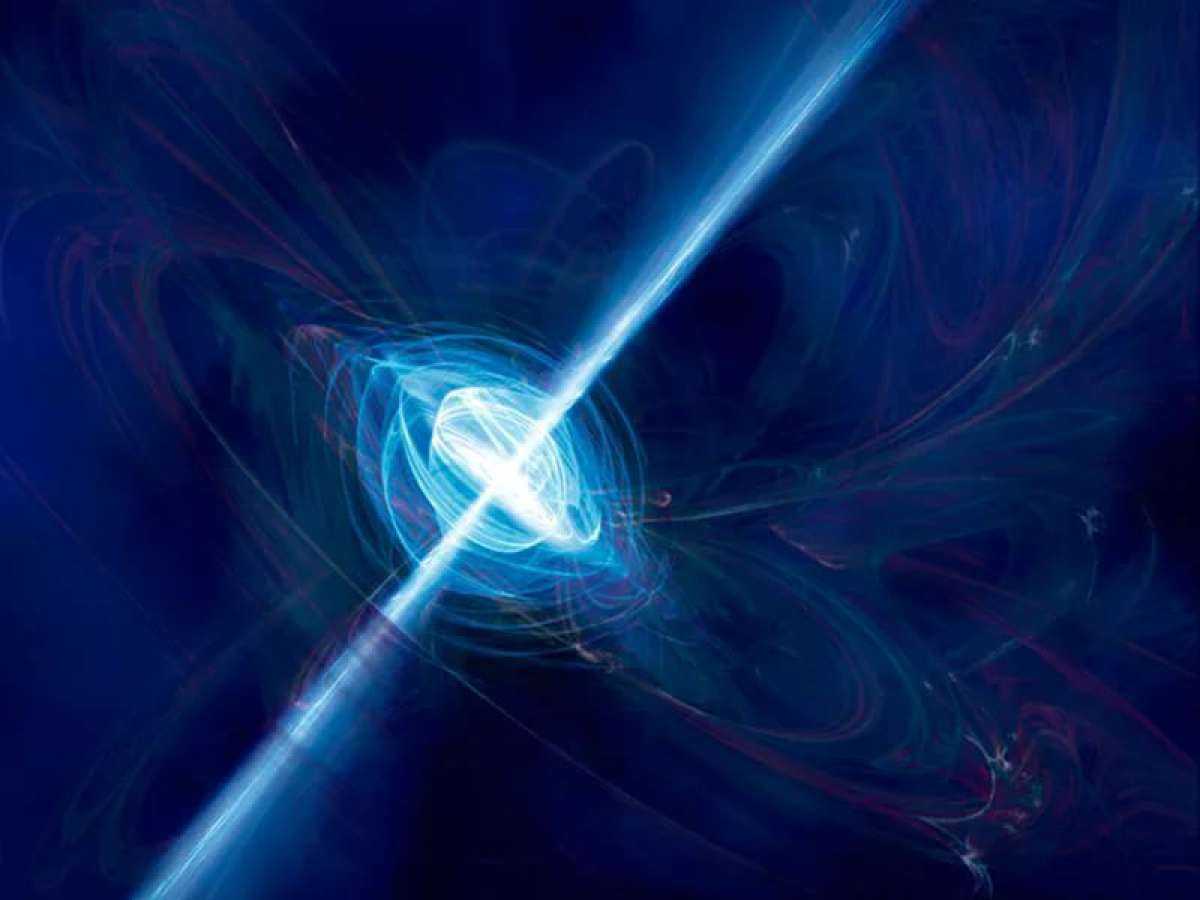 The scientists proposed a theory explaining the formation of radio emission by pulsars through gravitational electron transitions.

A group of Russian astrophysicists from the National Research University of Information Technologies, Mechanics and Optics (St. Petersburg) developed a theory explaining the mechanism of pulsar radiation in the radio range.

Pulsars are cosmic radiation sources, which periodically change (has a “pulse”). Radiation can be in the optical, X-ray, radio and gamma ranges. Astronomers believe that pulsars are neutron stars with a strong magnetic field that is inclined relative to the axis of rotation – so the radiation is pulsating. This is a general description, and the exact mechanism of radio emission has not yet been established.

Published in The Astrophysical Journal article of the research group led by N. Teplyakova offers an explanation that well coincides with the observed features of radiation in the radio range. The radio emission of pulsars has a feature: it always occurs at the same frequency (coherently).

There are several hypotheses proposed to explain the radiation mechanism, but the model developed by the St. Petersburg scientists has greater accuracy and a well-understood physical meaning. It is assumed that radio waves are emitted during the transition of electrons between energy levels, which are formed during the interaction of a double electric layer with gravitational attraction.

A double layer of charged particles is formed on the upper “surface” or “atmosphere” of the pulsar, which consists of a plasma. The gravitational field of a neutron star is so strong that the charged particles are distributed by mass relative to the surface: heavy ions are attracted more strongly, and light electrons emerge outward. As a result, separation is formed not only by mass, but also by the charge of particles – a double electric layer is formed. Electrons are acted upon by two forces: on the one hand, they repel from a negatively charged layer, on the other hand, there is a powerful gravitational attraction, and they can not fly to outer space.

Striving for a state with a minimum of potential energy, electrons enter a potential well in which certain bound energy states are formed. The distance between the energy levels depends on the strength of gravity, and on an average for pulsars is 1.7 × 10-6 electron volts, which corresponds to radio emission in the region of 400 megahertz.

Coherence of radiation is explained precisely by transitions between levels: the distance between them is constant. 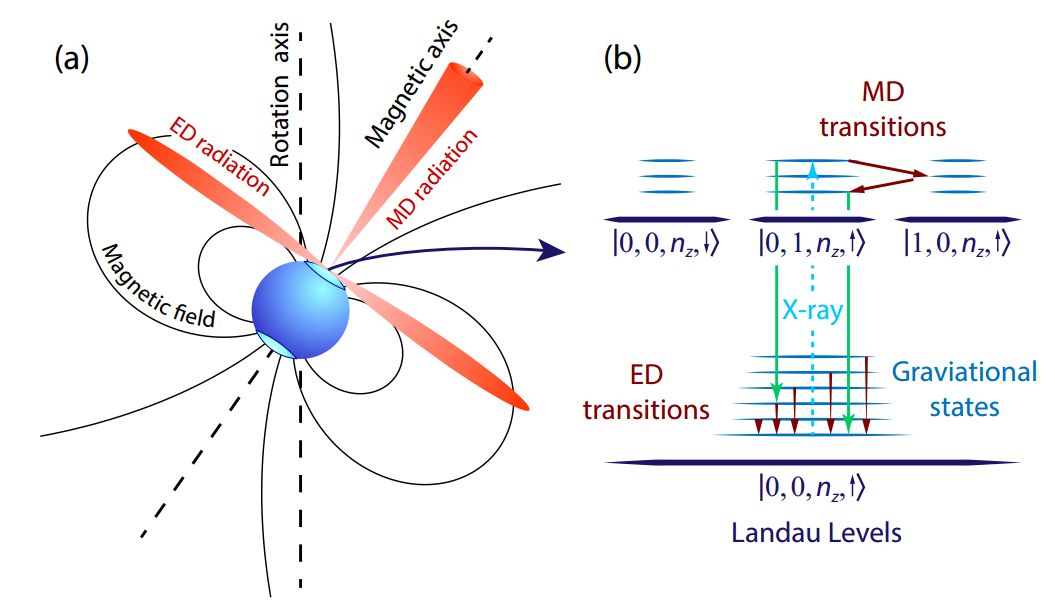 The direction of the electro-dipole (ED radiation) and magnetic-dipole (MD radiation) pulsar radiation, on the right shows the energy levels and transitions between them, causing different types of radiation. / The N.N.Teplyakov et al., The Astrophysical Journal

As a result, transitions between neighboring gravitational levels within the same Landau level lead to an electric-dipole radiation directed perpendicular to the direction of the magnetic field parallel to the surface of the neutron star. This radiation is linearly polarized and has a fan-shaped angular spectrum.

The second possible type of transition is between gravitational and magnetic levels simultaneously. In this case, magnetic dipole radiation arises along the axis of the star, which has elliptical polarization. This variant is possible for pulsars with a relatively weak magnetic field, less than 1011 Gauss, since for its realization a considerable filling of the Landau levels is required.