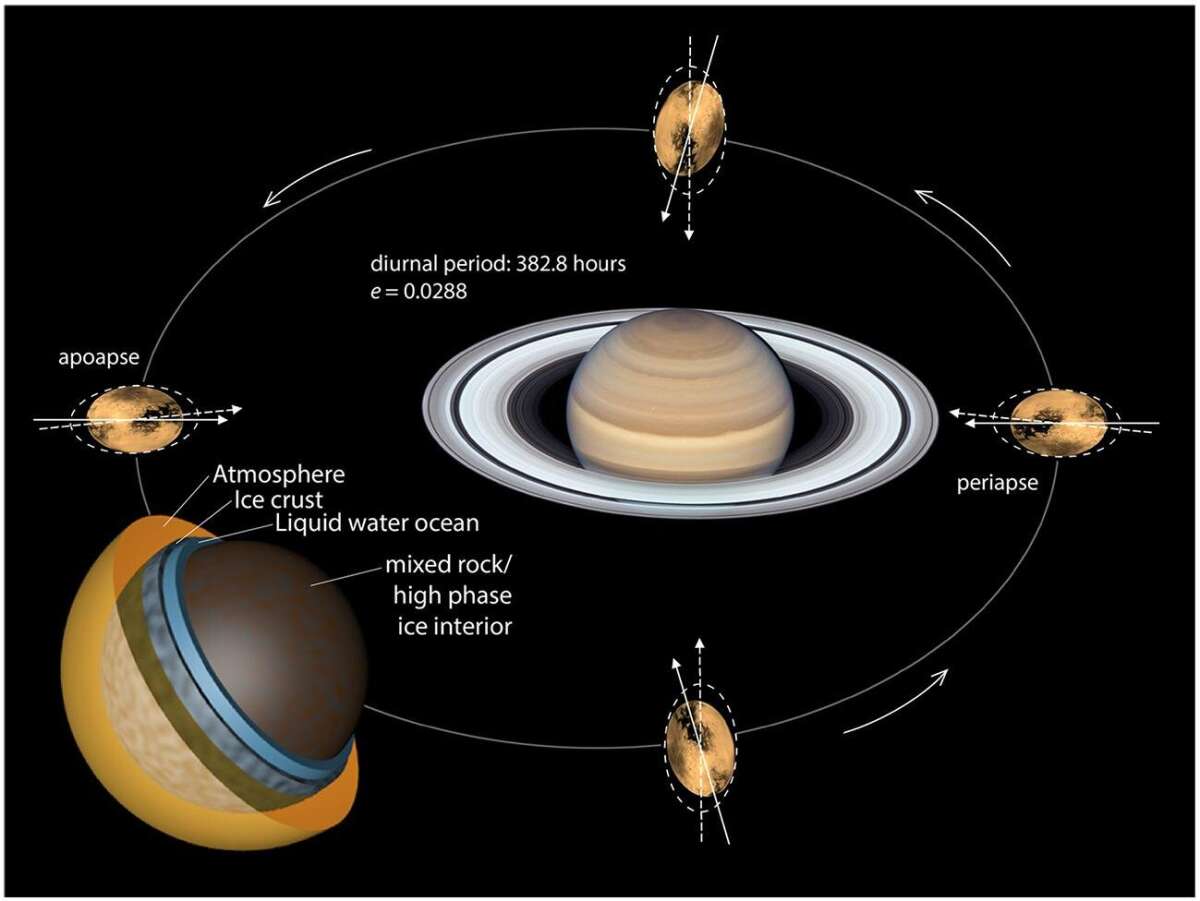 Shear tectonics, well known to terrestrial scientists from the San Andreas Fault, located in California, USA, was recently discovered on Saturn’s largest moon Titan. This new study shows that tectonic displacements can play a significant role on Titan, contributing to the deformations of its ice surface.

On many oceanic planets, such as Jupiter’s moon Europa or Saturn’s moon Enceladus, shear tectonics are well documented. The researchers believe that movement along these faults causes daytime tidal stresses – multidirectional forces resulting from the movement of the satellite relative to the parent planet.

Titanium has a thick crust of hard water ice. And Titan is the only place besides Earth where there are lakes and seas filled with liquid on the surface. However, the liquid on Titan is hydrocarbons such as methane and ethane.

With limited observational data available, Liliane Burkhard, a doctoral student at the School of Ocean and Earth Sciences and Technology at the University of Hawaii at Manoa, USA, and her colleagues explored the possibility of shear tectonics on Titan using shear models based on the physics of the process. … The calculations carried out in accordance with this model included data on tidal stresses on Titan, the orientation of the proposed faults, the properties of the crust (including fluid pressure in the pores) and the stress required to create a fracture in the surface material.

“Titan is unique because it is the only known satellite on the planet with proven to have stable fluids on its surface,” Burkhard said. “Therefore, we were able to reasonably use the data on the fluid pressure in the pores of the material in our calculations, which made it possible to reduce the shear strength of the ice crust and present a completely different picture of the tectonic evolution of Titan.”

In this pioneering study, the scientists found that the combination of daytime tidal stresses and fluid pressures in the pores of the material contributed to shear fractures in the case of shallow crustal fractures on Titan.

“This is an amazing discovery,” says Burkhard. “Our results show that under these conditions, shear cracks not only become possible, but become an active deformation mechanism of the surface and subsurface layers of Titan’s material and can help pave the way for fluids to the surface of Saturn’s moon. This transport of fluids from under the surface could have an impact on the potential habitability of Titan. ”

The research is published in the journal Icarus.