A virtual researcher discovered on Mars a statue 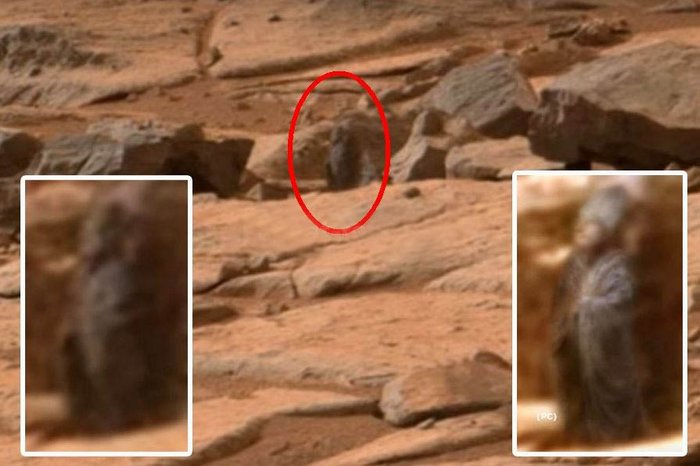 In one of the pictures sent by the Curiosity rover, a virtual researcher, positioning himself on YouTube video hosting under the name of Paranormal Crucible, discovered a small statuette. At least, this strange structure is very similar to a man-made product, and it is artistic value.

The statuette rests on the bottom of the Martian lake Gillespie, the age of which scientists have determined almost four billion years. Presumably the figure of the Martian is half a meter in size and depicts a humanoid with a well-defined face, dressed in a long robe and a pointed helmet (hat).

If you compare it with similar earthly masterpieces of ancient art, the Martian find very much resembles a statue of a Roman patrician in a draped toga.

Paranormal Crucible casually mentions that at the bottom of Lake Gillespie, as well as the vicinity of this Martian hollow, he discovered other strange artifacts that can not be confused with natural formations. Information about all these anomalies a virtual archaeologist intends to lay out on his YouTube channel in the near future.