Acids could destroy evidence of life on Mars 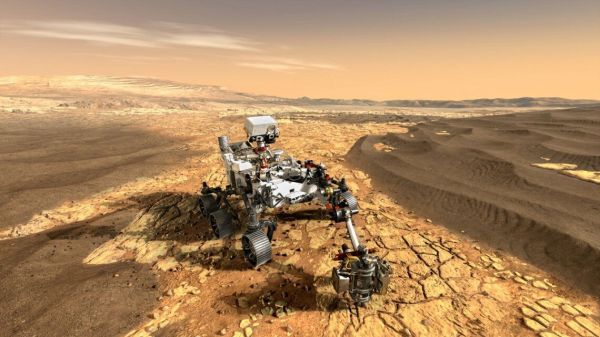 Acidic fluids that existed in the past on the Martian surface could destroy virtually all biological evidence that was hidden in the iron-rich clay formations of Mars, according to a new study, published in Nature Journal Scientific Reports.

The researchers conducted simulations using clay and amino acids to draw conclusions about the likely degradation of biological material on Mars. To do this, they needed to create a unique model of the Martian surface.

The clayey surface soils of the planet are of special interest for science. Clay protects the molecular organic material inside. But the presence of acid on the surface in the past has called into question the clay’s ability to preserve evidence of pre-existing life on the planet. According to the model created, now the clay on Mars has a certain internal structure, resembling layers.

They can retain evidence of biological life – lipids, nucleic acids, peptides and other biological polymers. In the laboratory, scientists tried to preserve the amino acid glycine in the “Martian clay” after being exposed to supposed acidic liquids.

“We used glycine because it can degrade quickly in environmental conditions on the planet. It is the ideal informant, able to tell us what was going on inside our experiments. ”- Alberto Fairen, study co-author.

After prolonged exposure to ultraviolet radiation that mimicked the radiation of the Sun on the surface of Mars, photodegradation of glycine embedded in clay was discovered. It turned out that exposure to acidic liquids erases the interlayer space, turning it into gelatinous silica.

“When clays are exposed to acidic fluids, the layers break down and organic matter cannot be stored. Our results in this article explain why finding organic compounds on Mars is so difficult. ”- Alberto Fairen.