Action plan upon detection of an alien civilization 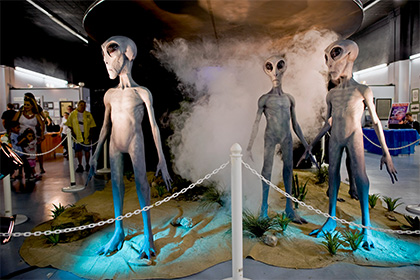 Famous Scottish astronomer Duncan Forgan (Duncan Forgan) introduced a new Protocol of action that should be taken by scientists in the case of successful discovery of intelligent life on alien planets.

The Forgan notes that the last Protocol of this kind was developed by a Committee of scientists of the SETI project in 1989. According to this document, come across an alien intelligence researchers have to ask colleagues to confirm the discovery, then inform relevant government agencies and then issue a press release to a wider audience.

However, these rules were formulated before the advent of the Internet and digital technologies. In new conditions the Forgan recommends that all participants in projects to search for extraterrestrial intelligence to create a blog, where will be clearly spelled out its principles and criteria (by definition, incorrect results), and outline the proceedings.

Next, the scientist advises to pay attention to computer security to avoid hacking and data leakage. The Forgan argues that even unconfirmed reports that the collision with extraterrestrial intelligence should be immediately disclosed. Thus, scientists will avoid the suspicion that their information had been abducted by men in black, and their colleagues will be able to confirm or deny the discovery.

Finally, if the signs of the “aliens” are not true (or natural causes), researchers must make a Declaration, where all the facts will be explained in detail.