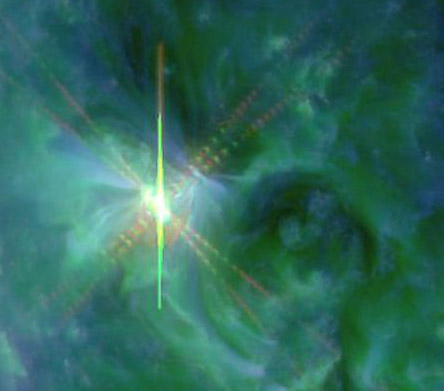 29 Nov a new spot on the Sun AR2615 surprised forecasters when it suddenly erupted, producing an impulsive M1-class solar flare.

After several months of minor flare activity sudden appearance AR2615 and its subsequent explosion caught the forecasters by surprise. The pulse of UV and x-ray radiation from the explosion ionized the upper layers of Earth’s atmosphere over the Pacific ocean. It affected the normal propagation of radio waves. Sailors and hams may have noted short remission or sudden jump at frequencies below ~ 10 MHz. After a few hours it happened again. At 23:38 UT on 29 November, the spot produced AR2615 M1.2-class flare, with the result that for a short time interrupted the broadcasting over Australia. 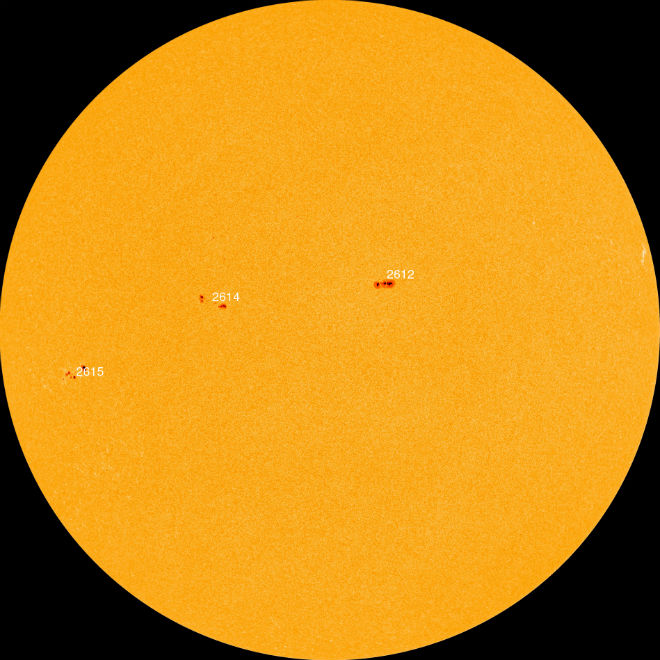 What happened flash — it’s not a major space weather event, but this event broke the recent lull in the Sun.