Alaska residents reported the fall of a large meteorite 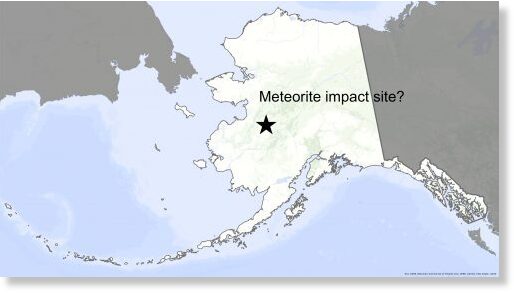 Katie Kangas runs a hotel in Ruby, Alaska. On the morning of October 15, she turned to look out the window towards the house in the yard. She waited for her client to turn on the light, after which she would go out and bring him breakfast.

Looking into the darkness, she and her husband Ivan saw “a huge fireball in the sky to the west. It moved from north to south and was very large. ”

Several hundred kilometers northwest, Daisy Sour stood on a street in Selawick, Alaska, at about 7:30 that morning. She saw something she had never seen before.

“It looked like a huge ball of fire, which then split into 4 separate balls of light,” she said.

In villages in northwest and central Alaska, from McGrath to Wainwright, people saw what scientists believe to be a meteorite – rock falling from space, burning and crumbling in the dense air that surrounds the Earth.