All events in the universe are completely predetermined 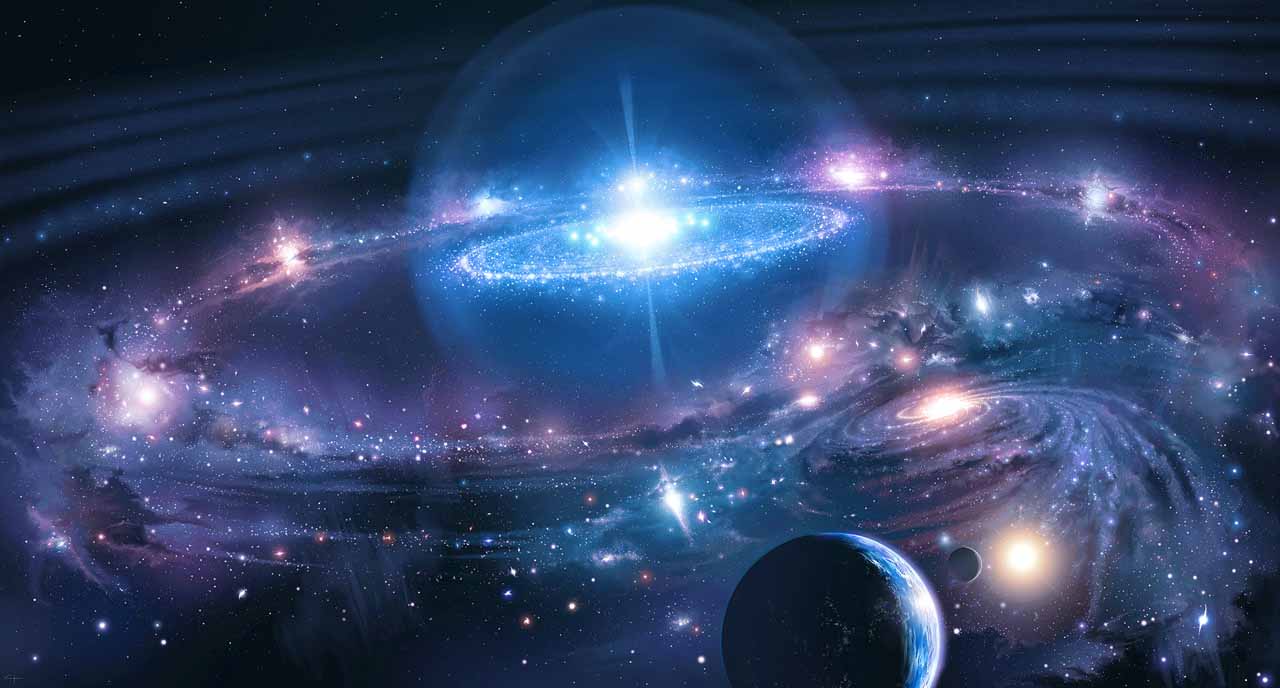 All events in our universe can be completely predetermined, and people can completely lack freedom of will, and the “higher forces” have the ability to interfere with its work, says the famous Dutch cosmologist-theorist Gerardt Hoft.

“So far we have not succeeded in creating a” theory of everything, “since its creation requires the unification of incompatible things such as the theory of relativity and quantum physics.It seems to me that these contradictions can be resolved if our universe is absolutely deterministic – in it there is neither freedom of will nor the possibility of “divine intervention,” the scientist writes in an article posted in the electronic library arXiv.org.

The discovery of the counterintuitive principles of quantum mechanics in the 20s of the last century caused many physicists, including Albert Einstein, to suspect that their unusual work is due to certain unknown principles and hidden variables that can be described in the language of classical physics. In the 1960s, another explanation for the unusual nature of quantum mechanics was advanced by the British scientist John Bell.

The main argument of Einstein and his supporters was what the famous physicist called a “phantom action at a distance” -a impossible phenomenon from the point of view of the theory of relativity that related particles at a quantum level, distant from one another, will change their properties at the same time.

The problem, according to Hooft, is that Einstein’s theory of relativity and the computations of quantum physics are not erroneous-over the past two decades both ideas have successfully passed all the experimental tests. The question arose was how to reconcile them and create a “theory of everything” that would explain both processes in the microworld, like quantum physics, and the interaction of objects at cosmological distances.

Some physicists try to avoid this problem, as the Dutch theoretician explains, adding various “extra essences” that make it possible to explain the uncertainty and nonlocality of quantum mechanics without going beyond Einstein’s deterministic theory of relativity.

For example, the popular theory of the “multi-world interpretation” of quantum mechanics suggests that every time an event occurs at a quantum level, the universe splits into two parallel worlds, in each of which it ends in different ways. For example, if you take the famous “Schrodinger cat”, then in one of these parallel Universes it will be alive, and in the other – dead.

According to Hooft, reconciling quantum mechanics and relativity can be much simpler without introducing “ghost actions” or some additional dimensions and worlds – both theories will get along with each other if absolutely all events in The universe was predetermined in it from the very beginning of its existence.

In his opinion, several things testify to this in his favor: the existence of a fundamental limit to the speed of movement in the universe in the form of the speed of light, and the fact that even the smallest forms of matter have nonzero dimensions, and the very fact of the expansion of the universe.

All these phenomena and physical constants, according to Hooft, depended on how the universe looked and in what state it was at the time of its birth, and their values ​​actually predetermined how it developed after the Big Bang. And accordingly, all the results of quantum events, as well as the actions of people, will also be predetermined, subject to some laws of the universe and the initial conditions of the birth of the universe, of which we do not yet know.

Many scientists have already sharply criticized the new ideas of ‘t Hooft. For example, as noted by Tim Maudlin, a physicist and philosopher, believes that the Dutch scientist simply does not understand quantum mechanics, incorrectly interprets the principles that Bell outlined in the 1960s, confusing the concepts of “free variables” and “free will “, and ignores their multiple verification experimentally.

On the other hand, Sabina Sabina Hossenfelder, a physicist from the Institute for Advanced Studies in Frankfurt (Germany), believes that the findings of t Hooft are in principle compatible with science, just that many people, including Modlin, are not ready to psychologically believe that the initial conditions for the birth of the universe and its laws can rigidly ask everything that will happen in it afterwards.