All functioning interplanetary missions for December 2017. 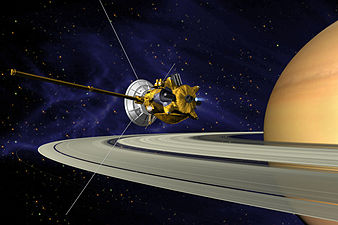 This infographics was compiled by one of the participants of the Planetary Society Olan Fron. It presents all active interplanetary missions, as well as the main planned events in this area as of December 1. 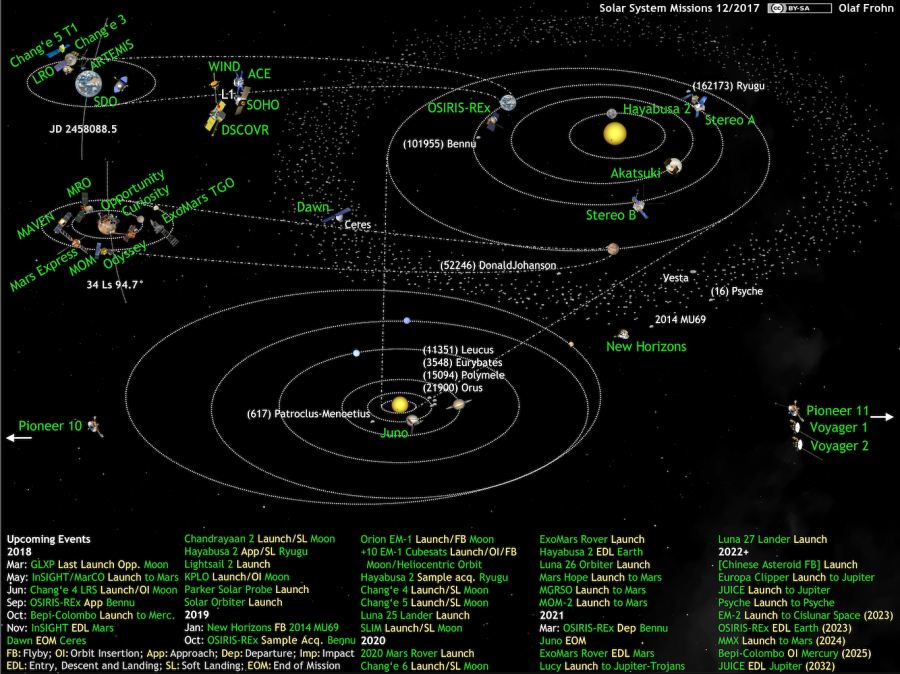 Next year, a number of new interplanetary stations must go into space. The key ones are:

• Insight is the NASA device for studying the geological structure of Mars.
• Parker Solar Probe is a NASA probe that will approach the Sun at a record short distance.
• BepiColombo is a joint mission of ESA and JAXA to study Mercury.
• Solar Orbiter – ESA device for studying the Sun.
• “Chandrayaan-2” is an Indian mission to study the moon. It will consist of the orbital and descent modules, as well as the Lunokhod demonstrator.
• “Chang’e-4” is a Chinese mission, within which the first landing in the history of the device on the far side of the Moon is to take place.

The following anticipated events can also be distinguished:

• In July, the Hayabusa-2 apparatus will reach the asteroid Ryuga.
• In August, the OSIRIS-REx will reach the asteroid Bennu.
• On the night of December 31, 2018 as of January 1, 2019, New Horizons will make a historic flight through the Kuiper belt 2014 MU69.
• The Dawn mission, which is currently operating in orbit of Ceres, is likely to be completed next year.
• Depending on the technical state of the device, a decision will be made on the possible extension of the “Juno” mission.