All of us are intergalactic immigrants 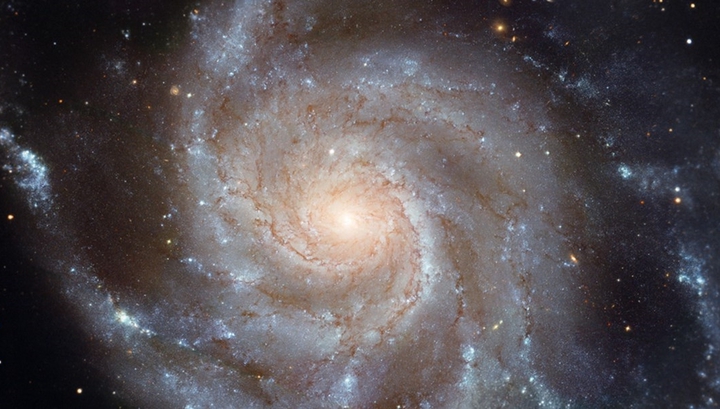 The Milky Way does not cease to present surprises. “Elements of life”, superfast stars and unusual accumulations of stars, unknown components – all these astronomers have discovered in our native galaxy only in the last couple of years.

However, the Milky Way still has many secrets, and one of the most interesting, perhaps, unraveled American astrophysicists in the course of a new study. It turns out that half of all matter of the Milky Way has an extragalactic origin, that is, it comes from other, distant galaxies that separate us from a million light-years away.

To understand this, researchers were helped by computer models that reveal the history of the origin of galaxies. Modeling has shown that supernova explosions push out a huge amount of gas from native galaxies, and powerful winds carry them over long distances.

Such intergalactic transfer is a new phenomenon for astrophysicists. To study it, in order to understand the evolutionary history of galaxies, is possible only through modeling.

“Considering how much matter was imported from the outside, we may well consider ourselves space travelers or intergalactic immigrants.” Probably most of the matter of the Milky Way was originally located in other galaxies before it was “knocked out” by powerful winds.It traveled through intergalactic space and Eventually found a new “home” in our galaxy, “says the head of the research group Daniel Anglés-Alcázar of the Center for Interdisciplinary Research in Astrophysics of the North University of the USA.

It would seem that galactic winds, having a speed of several hundred kilometers per second, should carry matter incredibly fast. However, do not forget that galaxies are at a great distance from each other, so the process of intergalactic transfer can take billions of years.

To calculate and study such processes, a team led by Professor Claude-André Faucher-Giguere created realistic 3D models of galaxies that can trace the history of the formation of the Milky Way – from the Big Bang to the present day. Then the Angles-Alcazar group developed algorithms to determine how and how much matter is carried by winds to galaxies.

In detail tracing the flows of matter in the simulations, the researchers found that the gas moves from smaller galaxies to larger ones, where it then enters the star formation processes. In large galaxies, the share of such “incoming matter” is up to 50%. For example, in the Milky Way, most of the alien matter is probably transferred from neighboring galaxies – the Great and Small Magellanic Clouds.

“This research completely changes our understanding of how galaxies were formed, and up to half of the atoms around us – and in general in the solar system – are of extragalactic origin,” notes Foche-Giguer.

“In our models, we were able to trace the origin of stars in galaxies similar to the Milky Way and determine whether a star was formed from the matter of a” native “galaxy or from a gas that was previously located in another galaxy,” adds Angles-Alcázar.

According to the authors of the work, their results will open a new direction in research. First of all, the theory of intergalactic transfer should be checked by practical astronomers working with terrestrial and space observatories.

“Our origin is much less local than we thought before.This study gives an idea of ​​how everything around us is related to distant objects in the sky,” concludes Fouche-Giguer.