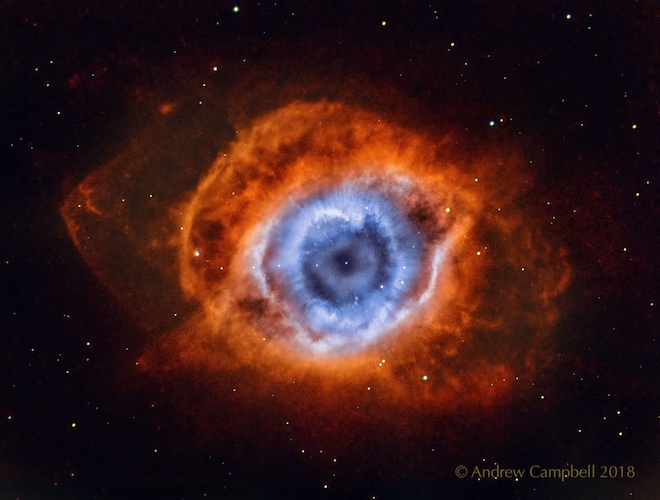 This is an amazing nebula in the constellation Aquarius. Internet users and journalists call it the “Eye of God”, but in reality it is called the Snail. If you look at the center, it seems as if you are looking down the axis of the spiral.

This space object has a surprisingly complex geometry, including radial filaments and extensive outer loops. The Snail Nebula, or NGC 7293, is one of the brightest and closest examples of a planetary nebula — a gas cloud formed at the end of a star-like sun. The residual stellar core, intended to turn into a white dwarf star, glows so vigorously that it causes a previously ejected gas to fluoresce.

The photograph presented in blue shows oxygen, and red – hydrogen. The picture was taken as a result of a 74-hour exposure for three months in total using a small telescope in the courtyard of the Australian Melbourne. Along the inner edge of the nebula are complex gas nodes of unknown origin.