All the eclipses of 2017 in one photo 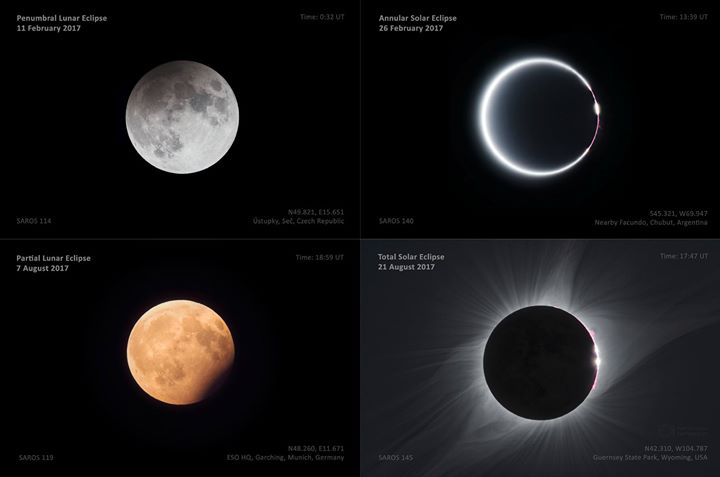 The images presented show all the lunar and solar eclipses of 2017 on the same scale when viewed from the Earth. The cosmic play of shadows was captured from four different countries.

Opens the eclipse season full moon on the upper left, the image of which was received on February 11 from the Czech Republic. Its light shading is associated with the lighter outer shadow of the Earth and is called a half-shadow lunar eclipse.

Later that same month, New Moon appeared in the upper right corner, surrounded by a ring of fire. This shot from Argentina shows the very middle of an amazing ring solar eclipse.

Following are two August eclipses. To the left is a shadow from the Earth, which eclipsed the edge of the Moon on August 7. This partial lunar eclipse was imprinted from Germany. On the right is a bright solar crown surrounding the completely darkened Sun. This is a total solar eclipse, observed on August 21 from the west of the USA.