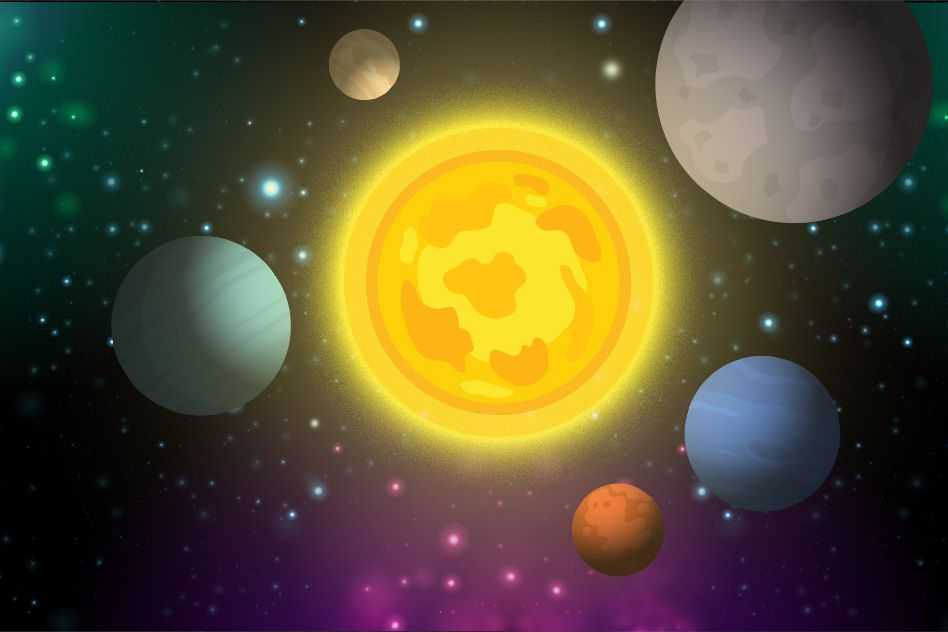 The star in the constellation of Aquarius, 620 light years from Earth, has a planetary system K2-138, consisting of five super-earths; the mass of each of them is 2-3 times the mass of the Earth. The temperature at the surface of all five super-earths is too high for any form of life known to us; Their orbits are located so close to the star that the year there lasts only tens of days. From our planetary system K2-138 is also distinguished by the shape of the orbits: they are not elliptical, but circular, and come very close to each other.

An article describing the recently discovered K2-138 system was accepted for publication in the journal Astrophysical Journal. Its authors are two astronomers from the California and Massachusetts Institute of Technology Ian Crossfield (Ian Crossfield) and Jesse Christiansen (Jesse Christiansen). But the astronomers listed on the list believe that the discovery belongs mainly to civilian scientists, namely ten thousand people from all over the world who processed the data of the Kepler space telescope.

In 2013, the failure of one of the Kepler’s on-board devices led to an unscheduled end of the telescope mission, but the following year the development team managed to reset its steering motors and resume the mission. Since then, “Kepler” is again looking for planets from distant stars – though, it can not look anywhere in the sky, and the focusing time is now limited. This period of Kepler’s work was called the “mission of K2”. K2 mission data looks like luminosity graphs of stars; If the graph drastically goes down, this may mean that a dark body has passed between the telescope and the star – perhaps an exoplanet.

If the data of the first Kepler mission was analyzed by a team of professional astronomers, then the luminosity drops in the data from 2013 were searched literally by the whole world. Anyone could use his time to help open new worlds. To do this, it was necessary to visit the site of the project Exoplanet Explorers on the platform for civil science Zooniverse and work with data on potential candidates for exoplanets selected by the algorithm. Before starting work, the volunteers underwent a short training course and a test. If 9 out of 10 people clicked on the “confirm” button, data on the luminosity of the star was sent to the creators of the platform, Crossfield and Christiansen.

After about Zooniverse told Australian television, the number of volunteers rose to 10 thousand. In 48 hours these people classified more than 2 million stars. Many of the star candidates, marked by amateur astronomers, really turned out to be centers of planetary systems. In total, civil scientists helped to open 44 planets with a mass approximately equal to the mass of Jupiter, 72 exoplanets the size of Neptune, 44 earth-type planets and 53 super-earths, including five large and hot worlds of the K2-138 system.