Amazing Mars in the new photo 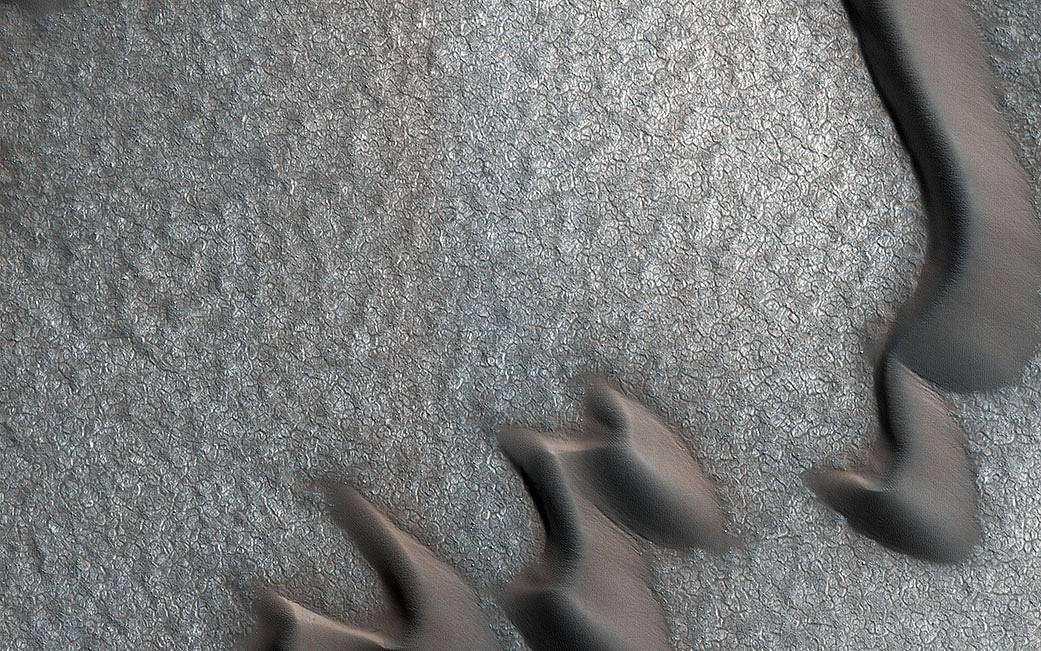 The red planet, which is on the fourth place from the Sun, continues to amaze and admire its unreal landscapes.

Below is a fantastic photo of one of the Martian landscapes of the Red Planet. It was originally designed to track the movement of sand and dust dunes near the north pole of Mars. However, after analyzing the photo, the scientists also decided that what is directly in this area, that is, in the area between the dunes, is also very interesting!

It is easy to see parallel dark and light bands from the upper left corner to the lower right corner. In dark bands we see piles of uniform boulders.

How were these boulders formed? Scientists are trying to solve this riddle. In the Arctic, slightly similar structures are sometimes formed under the influence of a phenomenon called “vertical oscillations of frozen particles.” But is this phenomenon possible on Mars, where there is only dry ice.

Repeatedly frozen and melting, surface ice can lift and expose rocks on the surface, and then organize them into piles, strips, or even circles. On Earth, one of these temperature cycles takes a year, but on Mars this could be due to changes in the orbit around the Sun that take much longer.