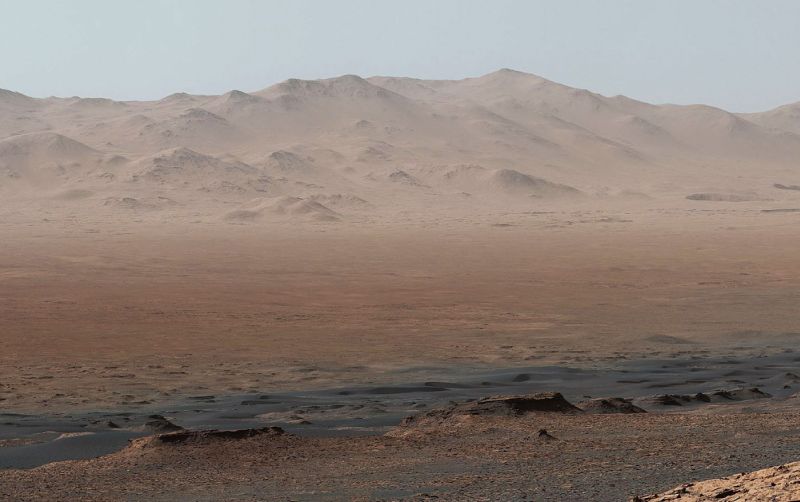 NASA showed a stunning Martian panorama, made up of images taken by the rovers Curiosity.

The Curiosity rover explores the Red Planet for more than five years, and during this time managed to make many important discoveries. Recently he stopped at the Vera Rubin Ridge, during a fairly rare period of clear weather. There they were made 16 pictures, which NASA then combined into a stunning ultra-wide panorama.

Pictures were taken by the rover on October 25, 2017, during 1,856 sols, or the Martian day, when the weather was clear enough and the mountains were visible at a distance of about 80 kilometers. NASA notes that the image has been adjusted white balance, so that the colors of the stones resemble those on the Earth in daylight.

In addition, the video shows the Curiosity route that he has traveled since starting work in 2012 – from the landing site to Yellowknife Bay and up to the intersection of the dunes of Bagnodda (after which the rover arrived on the Vera Rubin ridge, where he made the pictures).