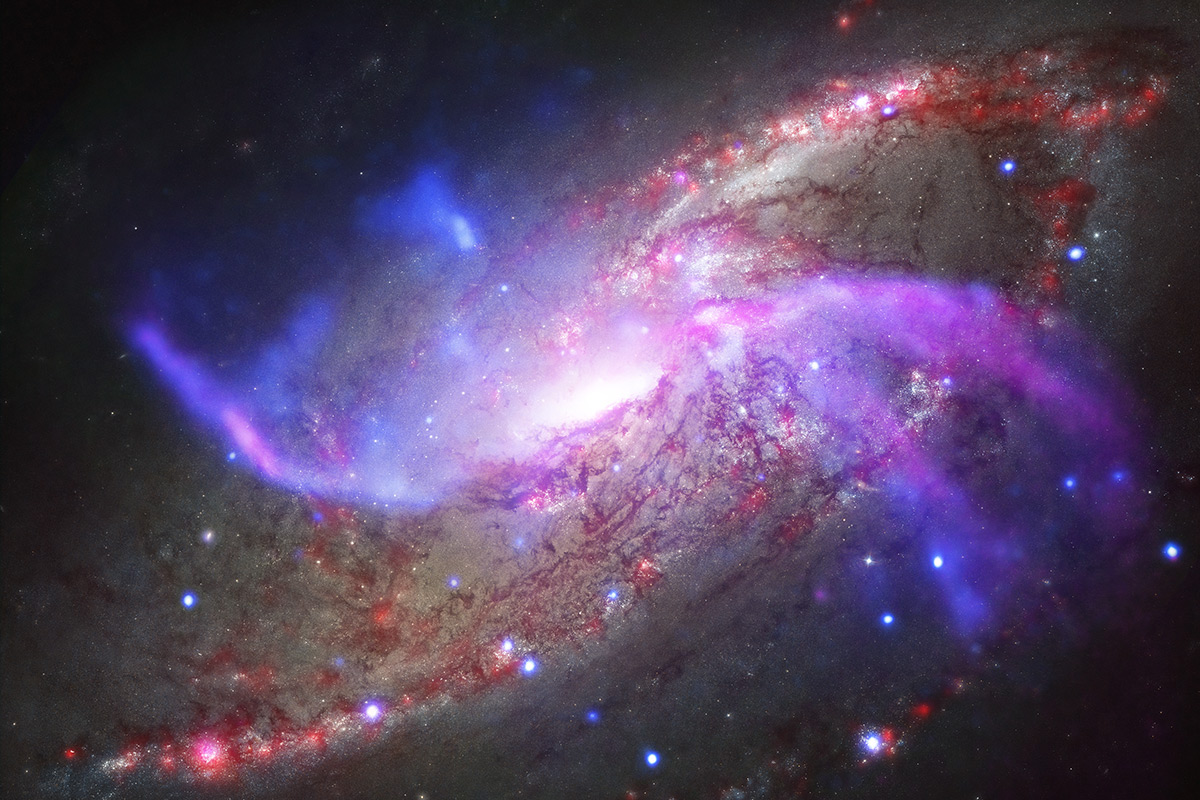 The spiral galaxy NGC 4258 is located in the constellation Canes Dogs at a distance of 25 million light years from Earth. This galaxy has a lot of notation: M 106, UGC 7353, PGC 39600. According to our norms, this galaxy would be considered a real monster, because instead of the traditional two sleeves, it has four spiral arms.

This galaxy was discovered in 1781 by the French astronomer Pierre Meshen. The diameter of this beautiful monster is 135,000 light years. Unlike the sleeves in other spiral galaxies, which are wound in the form of turns, the arms of the galaxy NGC 4258 emanate directly from the disk of the galaxy.

Interestingly, the two additional spiral arms of the aforementioned galaxy do not have stars, that is, they are inactive.

Galaxy NGC 4258 is very bright. In the core of this monster is a supermassive black hole, the mass of which is 36 million solar masses.