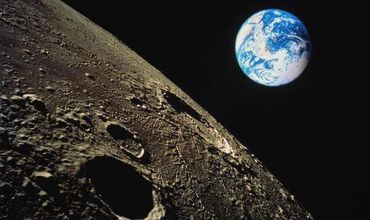 A private American company Moon Express plans to offer expeditions to the moon cost less than $10 million reported by one of the founders and Chairman of the Board of this company, Naveen Jain.

To paraphrase John F. Kennedy (35th U.S. President), we choose the moon not because it is easy but because it is profitable business. The moon has minerals worth $16 quadrillion. Earlier flights there cost billions of dollars and now the cost of our expedition on the Earth’s natural satellite will be at least $10 million, he said.

Earlier, Moon Express has received permission from the US government to send expeditions to the moon in 2017.

The US government took a truly historic decision to allow private enterprise Moon Express to travel beyond the Earth’s orbit and to land on the moon in 2017, – said the Agency Reuters, one of the founders and the head of this company with headquarters at Cape Canaveral (Florida) Bob Richards.

The total cost of the preparation and implementation of the lunar landing, the first office of the company is less than $50 million This amount includes everything, including the development of all necessary. In the future, the price of a flight will be below $10 million, ” said Jain.

A number of countries, including the US, Russia, China, UK, Japan, announced plans to build bases on the Earth’s satellite. NASA U.S. President George W. Bush had intended to begin construction of a Lunar outpost, designed for life and work of astronauts in 2019 and end in 2024. However, in 2010, by decision of the current head of the White house of Barack Obama, this project was abandoned due to lack of funds. In 2012, the Deputy Director of NASA Lori Garver, speaking at a scientific conference in California, said that the Obama administration considers it necessary to create on the surface of the moon residential facility.

In Washington now in terms of lunar exploration relies on the interaction with private capital. Followed by Moon Express will be pulled by other companies, including SpaceX, which has developed the Dragon ships, successfully delivering cargo to the International space station.