An anomalous black hole was detected in the dwarf galaxy 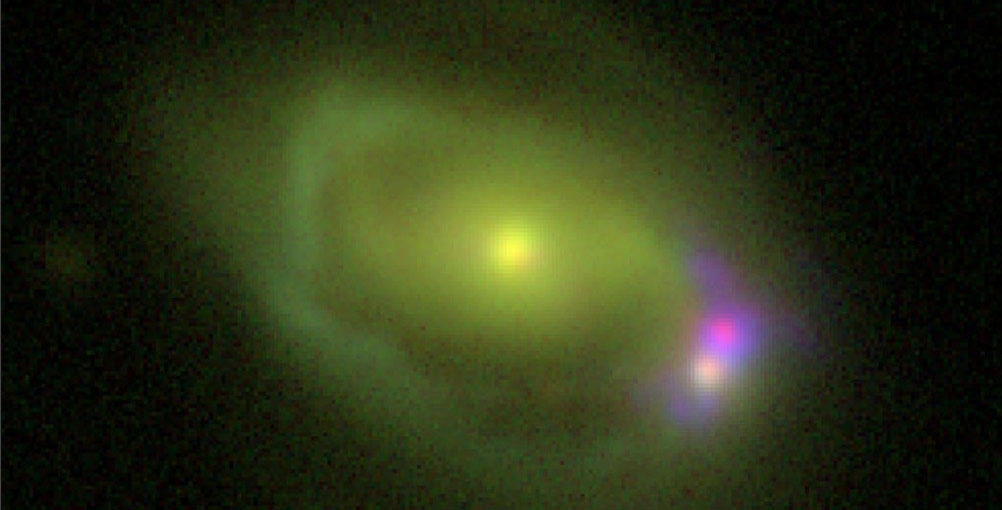 Was 49 is the designation of a pair of galaxies in the process of merging. One of them (Was 49b) is dwarfish. It is located within the disk of a larger galaxy (Was 49a) at a distance of 26 thousand light-years from its center. Thanks to the observatory NuSTAR, astronomers managed to detect the high-energy X-ray flux emanating from Was 49b core.

Analyzing the obtained data, the researchers came to the conclusion that the Was 49b core contained an abnormally large black hole. Its mass is more than 2% of the total mass of the galaxy, which is several orders of magnitude higher than one would expect from such an object. This is not the only oddity. Usually, during galactic fusion, the central black hole of a larger galaxy is most active. This is due to the fact that as the forces of gravitational interaction approach, a torque is created that directs the interstellar gas to its core. Immediately, for some reason, all the way around. The Was 49a core was relatively quiet, while Was 49b demonstrates a huge activity for such a small object.

So scientists will have to rack their brains over the possible explanation of this anomaly. As for the future of this pair, in hundreds of millions of years the central black holes of galaxies will most likely merge into a single object.