An asteroid the size of a small city flew past Earth 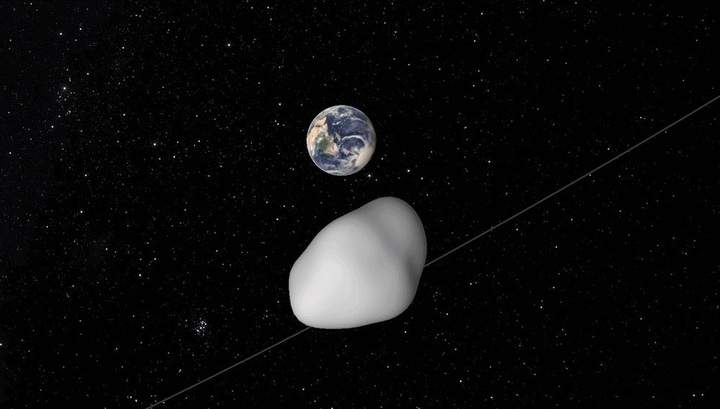 The asteroid Florence, 4.4 km in diameter, flew at a distance of 7 million kilometers from the Earth. Never before had an asteroid of such a large size ever approached our planet. According to scientists, any such heavenly body is interesting, because it carries in itself the substances from which the great planets were composed.

The largest of the asteroids approaching the Earth in the history of NASA observations – an object called Florence – flew past our planet on September 1, 2017, at a distance of 7 million kilometers. 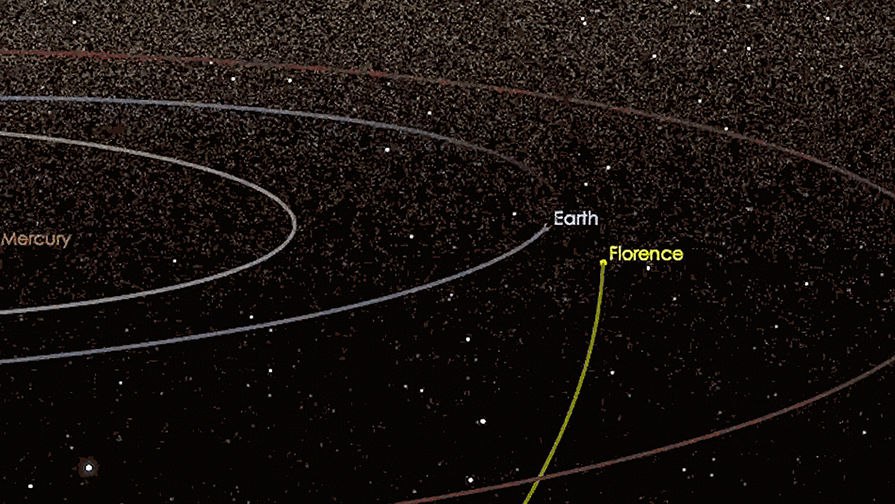 “Florence already safely flew by. We watched and photographed it with the help of robotic telescopes of our Master network, first over Baikal and then over South Africa, “said Vladimir Lipunov, head of the Space Monitoring Laboratory of the State Astronomical Institute named after Shternberg of Moscow State University.

According to Vladimir Surdin, Senior Research Scientist at the State Automobile Inspection, the approach of Florence aroused the interest of astronomers around the world.

“The event is unique, in the sense that we have never studied such large asteroids with sufficient clarity. There was nothing terrible in its approach, and there is of course a scientific interest, because all such big ones are far away from us, but this one has become close for the first time, “the expert explained.

According to the scientist, any such heavenly body is interesting, because it carries in itself the substances from which the great planets were composed.

“Inside of our planet we can not look, everything is buried there at great depths, and asteroids are practically those bricks that once formed the interiors of large planets, we can study them and understand what is matter in the bowels of the Earth, – pointed out Surdin.

He also assured that Florence did not carry a potential danger to the Earth.

“It’s still a distance 18 times greater than from Earth to the Moon, then he misses for sure. But it has such an orbit that it approaches the Earth from time to time, every few thousand years, but never crosses the Earth’s orbit, and therefore can not hit our planet, “the expert concluded.

Florence is among the largest near-Earth asteroids, its diameter is 4.4 km. Such data was previously published by the US National Aeronautics and Space Administration (NASA). The object was measured using the Spitzer Space Telescope.

The asteroid Florence was discovered by Bobby Schillett at the Saida Spring Observatory in Australia in March 1981. The object was named after the scientist Florence Nightingale (1820-1910).

In early August 2017, it was reported that NASA scientists plan to use the real asteroid for the first time to develop technical measures to monitor and protect against space bodies that pose a threat to the Earth. The asteroid in question is the 2012 TC4. Despite the fact that it does not pose a threat to the Earth, scientists plan to use its close flight past our planet on October 12, 2017 for a large-scale observation campaign involving many ground-based observatories.

Previously, NASA was already engaged in theoretical study of issues related to the prevention and even the deviation of possibly dangerous asteroids and the elimination of the consequences of their possible fall. Therefore, researcher Vishnu Reddy from the Laboratory for the Study of the Moon and the planets of the University of Arizona suggested using a real asteroid for these purposes.

The Planetary Defense Coordination Office (PDCO), the US federal body responsible for coordinating efforts to protect the Earth from threats from outer space, adopted the idea of ​​Reddy. During the training, scientists will work out the coordination and operational modeling of the trajectory as more precise information about its movement comes.

A month earlier, scientists from the United States determined the size of an asteroid capable of destroying the Earth. Calculations showed the developed computer model. Scientists have simulated the computer drop tens of thousands of asteroids up to objects with a diameter of 400 m.

In 60% of cases, the computer calculated the destruction of many cities by a shock wave. It is possible that the fall of the asteroid will cause a tsunami. In general, the earth is capable of causing total damage to the celestial body with a diameter of 140 m. At the same time, scientists note that potentially dangerous asteroids can be provided at a sufficient distance only once every 0.5 million years. Therefore, the collision is an event of a distant future.