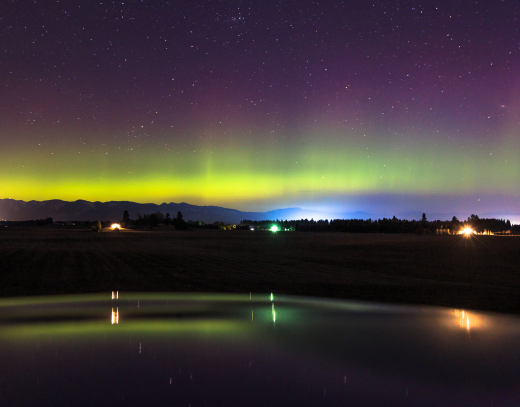 Astronomers were surprised by an unexpected geomagnetic storm. She caught space weather forecasters by surprise on April 20 when the CME hit the Earth’s magnetic field, causing bright auroras over Canada and some northern US states.

“Early this morning, the northern lights danced across the sky of Northwest Montana,” says Philip Granrud. “I took a picture of them with a wide-angle lens on the roof of my car a few miles from Kalispell.”

The reason for the storm, according to astronomers, is apparently the slow slow motion CME (coronal mass ejection), which left the sun on April 15, shown here in an animation from the solar and heliospheric observatory (Soho):

This CME was not directed directly to Earth, and astronomers did not think that it was likely to strike our planet. However, this has happened.