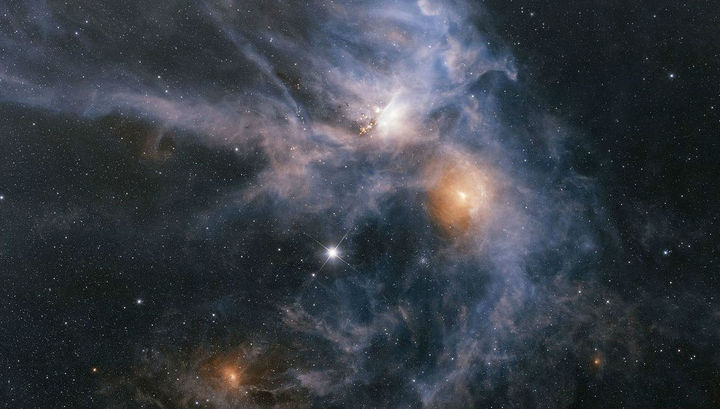 The red supergiant Antares is almost twice as cold as the Sun. At the same time, it is more than our luminary about 900 times and 15 times more massive. In combination with a moderate distance to the Earth – 600 light-years – this makes it a star of the first magnitude, which, however, can be admired only in the southern regions of our country: at the latitude of Moscow, it hardly rises above the horizon.

The brightness of Antares makes it an object of intense attention of astronomers – this is one of the most convenient for studying the stars, not counting, of course, the Sun. In addition, this diamond (or ruby?) Constellation Scorpio is at a dramatic stage in life’s journey. The reserves of fuel in its bowels are coming to an end, and pretty soon, by astronomical measures (say, hundreds of millions of years), it will end in a devouring supernova explosion.

On August 16, a team of astronomers led by Keiichi Ohnaka from the Institute of Astronomy of the University of the Catholic University of Del Norte in Chile published a study in the journal Nature in which she presented a new map of the atmosphere of the supergiant.

The scientists used the observatory VLT. It is a system of four eight-meter telescopes that can unite into a single whole, working as one instrument and making the largest optical telescope in the world (hence the name Very Large Telescope, or VLT).

This grandiose astronomical instrument, installed in the Atacama Desert in Chile, has many times rejoiced us with discoveries. For example, with his help it was possible to get a weather map on a brown dwarf, photograph a unique nebula in the constellation Hydra and find a land-like planet similar to Tatooine.

The behavior of the CO spectrum allowed astronomers to estimate the density and velocity of plasma flows. And here the scientists were waiting for a surprise: the density was noticeably higher than expected. This means that much more substance is pushed out from the depths of the star to the surface than is possible according to existing concepts.

The process that lifts masses of gas from the heated depths to a relatively cold surface is called convection. To feel and understand its work, it is enough to hold the palm above the central heating battery. Hot gas is lighter than cold, so over any heater – battery, frying pan or inner layers of the star – a powerful upward flow is formed.

There are exact models that calculate the intensity of convection, based on the energy release of the star. And these models say that this process can not raise into the atmosphere of Antares so much gas. This should mean that in the bowels of the star powerful and previously unknown to astronomers force. The authors find it difficult to name its nature.

They say that it is necessary to gather more information, what new observations and, possibly, animation, which recreates the motion of plasma streams, should help. So in the future we probably have to see a cartoon about a mysterious star.

Let’s add that this is far from the only mystery connected with the eruption into space of stellar matter. Even the close and dear to us Sun, much more accessible to study than Antares, does not hurry to spread all its cards on the table.

For example, the reasons for the existence of the now-known solar wind are still not completely understood. There is no exhaustive model of its formation, and those that are, allow solutions in both directions: the solar wind and, conversely, the drop in the sun of interstellar plasma. The fact that our luminary chose the first option may be an accident. And maybe not. This is still unknown. The cosmos, perhaps, is so attractive to people precisely because of its deepest unknownness.