An unusual comet “3200 Phaethon” is approaching the Earth 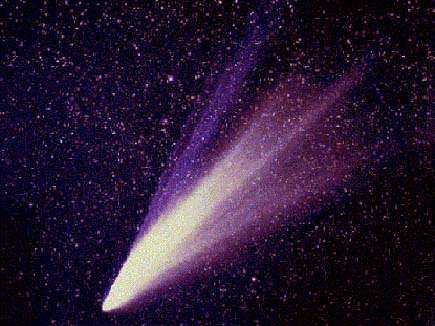 On Saturday, December 16, an unusual cosmic stone called “3200 Phaethon” will fly past the Earth at a distance of only 10.3 million kilometers. This is the closest approach for this large facility over the past 40 years.

Reaching 5 kilometers across, “3200 Phaethon” is half the size of an asteroid that destroyed dinosaurs 65 million years ago. This time there is no threat of collision, but the object will pass close enough to be seen in the telescope.

“We watched the 3200 Phaethon, the parent body of the Geminid meteor shower, from the basketball court of our school campus. Our school is located near the city center, where the visual limit is from 2 to 3. Despite the glare, we were able to record the movement of this object against the background of the stars for an hour, “the club’s representatives said.

When in 1983 NASA’s IRAS satellite discovered the “3200 Phaethon”, astronomers quickly realized that they were facing the source of the annual meteor shower of Geminidae. The object’s orbit was close to the orbit of the stream, but not everything was so unambiguous. Meteor showers are usually caused by comets, and the “3200 Phaethon” in all respects is similar to the asteroid Pallas from the main belt. And if the 5-kilometer “3200 Phaethon” many years ago broke away from the 544-kilometer asteroid Pallas, the meteoroid Geminids could be fragments from this disintegration.

There is, however, one more version: perhaps, “3200 Phaethon” is a stony comet. This is the name of the asteroid that flies so close to the sun that dust trails are burnt from its stony surface. These tails are similar to comets, consisting of large debris that create meteoric streams on Earth. “3200 Phaethon” may well be such an object. From the Sun it is separated only 0.14 astronomical units – it is half less than before Mercury.

This year the closest approach of the “3200 Phaethon” to the Earth will occur a couple of days after the peak of the Geminid meteor shower on December 13 and 14.