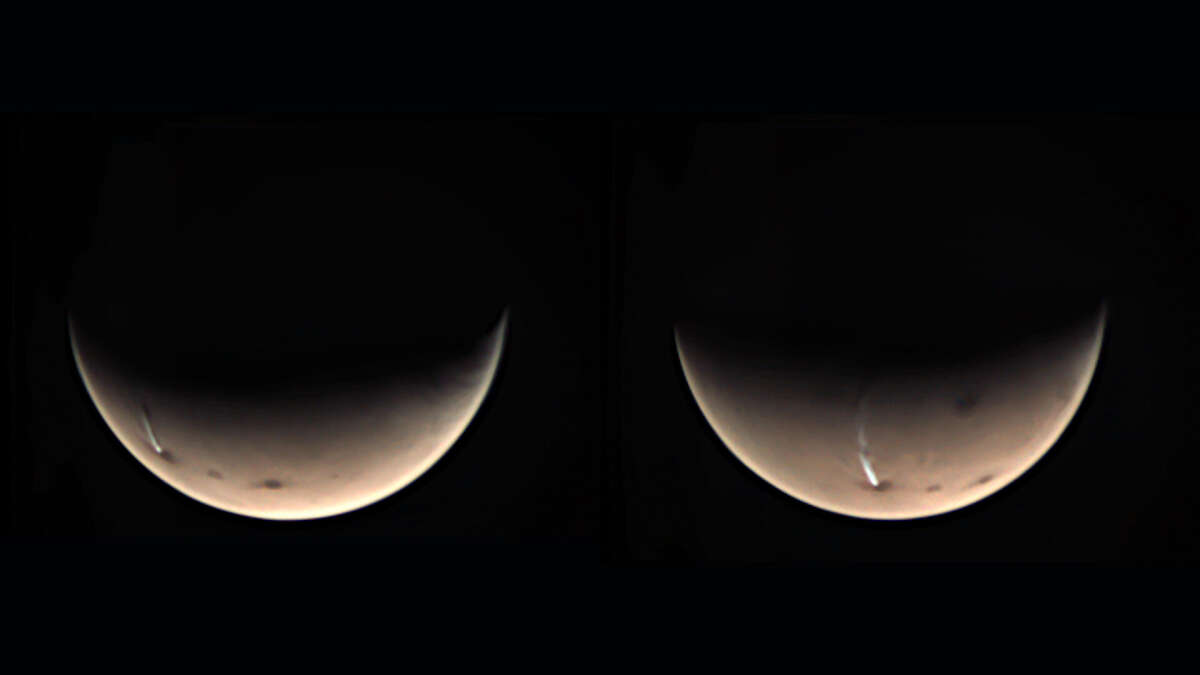 A mysterious, elongated, thin cloud has reappeared over an extinct volcano 20 kilometers high called Mount Arsia, located on the surface of Mars.

This periodically disappearing and reappearing atmospheric formation is a cloud of water ice, however, despite its appearance, it is not a jet ejected by volcanic activity. Instead, the unusual structure forms as a result of the interaction between the oncoming air stream and its “leeward” (rear) slope.

These images of the cloud, which can be up to 1,800 kilometers long, were taken on July 17 and 19 using the Visual Monitoring Camera (VMC) of the Mars Express spacecraft, which has been studying the Red Planet for the past 16 years.

“We studied this phenomenon and expected to see this cloud forming around this time,” explains Jorge Hernandez-Bernal of the University of the Basque Country, Spain, who is the main author of this new study.

“This elongated cloud forms every Martian year during this season as the solstice approaches the planet’s southern hemisphere. The cloud disappears many times and reappears within 80 days in accordance with a short daily cycle. However, we still do not know whether similar clouds always look so spectacular! ”

The Southern Hemisphere Solstice represents that period during the Martian year (approximately 687 Earth days) when the Sun is at its southernmost position in the sky. During this period, every day in the early morning, the mysterious cloud grows for about 3 hours, after which it quickly disappears in just a few hours, the authors explained.

Compiled from materials provided by the European Space Agency.