Ancient double asteroid told about the “conflict” between the giant planets 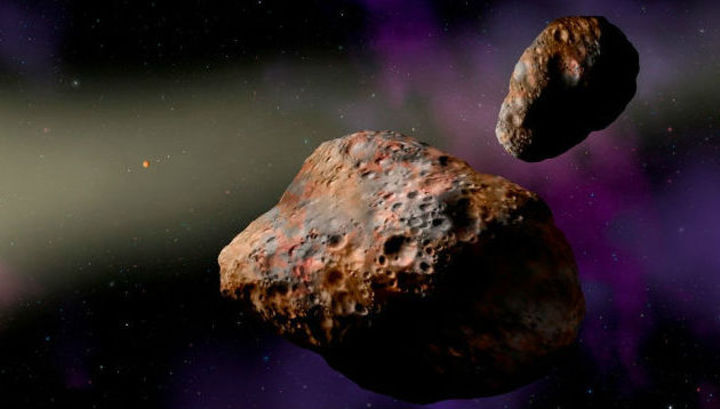 Astronomers have found out when there was a “conflict” between the giant planets, as a result of which Jupiter was thrown closer to the Sun, and Uranus and Neptune – to the outskirts of the solar system. The evidence that allowed to date this catastrophe, as it turned out, was in the astronomers almost in front of the very nose. This is a double asteroid Patroclus and the conditions that allowed him to remain double.

A scientific article on the study of this space wanderer was published in the journal Nature Astronomy by a team led by Harold Levison from the Southwest Research Institute of the United States.

Astronomers have long come to the conclusion that the solar system in due time underwent a major restructuring. Jupiter, Uranus and Neptune violated the stability of each other’s orbits. Before the collision, it did not happen, but all three planets “moved”. Jupiter has become closer to the Sun, and Uranus and Neptune – on the contrary. So the giant planets took their current orbits.

One of the consequences of this cataclysm is the formation of a group of Trojan asteroids. Uranus and Neptune, displaced to the outskirts of the solar system, invaded a swarm of small objects circling there. The powerful gravity of the giants brought chaos into the orbits of these bodies, and many of them flew out to wherever. Part of the asteroids went to the Sun and became “Trojans”. From the bodies that rushed away from the system, which was so bad with them, the Kuiper belt formed.

The question is when it happened. It would be tempting to link this cataclysm with late heavy bombardment. Recall that then (about four billion years ago) to Earth, the Moon and other bodies suddenly fell a hail of large asteroids. The aforementioned “turmoil amongst asteroids” is a very suitable reason for such a disaster (which, incidentally, did not turn the Earth into a blazing hell). And, according to some models, the restructuring of the solar system just then happened. However, other theories refer it to a much earlier period. Who is right, remained unclear.

Levison and his colleagues drew attention to the asteroid Patroclus. This object belongs to the “Trojans” and revolves around the Sun behind the orbit of Jupiter. For a long time he was considered a solitary celestial body. However, at the beginning of the 21st century it turned out that this is a close pair of asteroids about 700 kilometers apart. The one that was bigger was left by Patroclus, and the satellite was called Menetia. However, both bodies have similar diameters: a little more than a hundred kilometers. It is noteworthy that this is the only known large double asteroid among the “Trojans” (although bodies with small moons there meet).

The authors asked a simple question: how did he manage to remain double until now? According to previous studies, double asteroids are formed from the very beginning in pairs. However, frequent clashes with “neighbors” should destroy these fragile “alliances”. The only way to avoid such a fate is to be in a space that is relatively poor in other bodies.

The Levison group produced a simulation, based on the supposed “population density” in the “homeland” of Patroclus and Menetia. The conclusion of the researchers is unequivocal: the pair could survive only if migration to the present orbit occurred in the first 100 million years after the scattering of the protoplanetary disk (about 4.5 billion years ago). Otherwise, the double system would be ruptured by collisions. This means that for a later heavy bombardment, which happened much later, another explanation should be sought.

Note that Patroclus and Menetia is the goal for the forthcoming mission of NASA Lucy. In 2033 this probe should investigate the “sweet couple”. And then, perhaps, we learn much more about the distant past of the solar system.