Animation of collision of Rosetta with a comet is shown 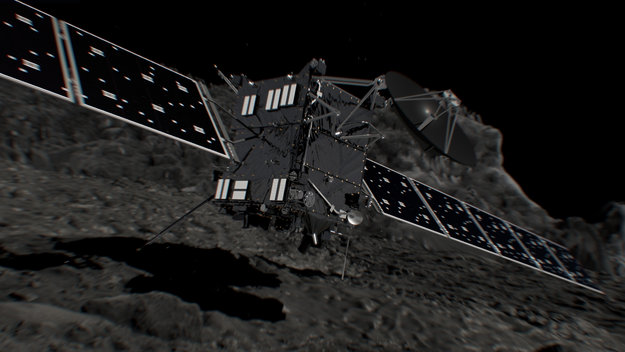 The European Space Agency (ESA) has presented visualization of collision of the space station Rosetta with Churyumov-Gerasimenko’s comet.

On a roller the accelerated descent of the device to a celestial body towards area with wide (more than 100 meters) and deep (about 60 meters) holes is shown. Collision of Rosetta with a comet is planned for midday on September 30.

The mission of Rosetta turns on the orbital device of the same name and the lowered probe Philae. The probe has made disembarkation to a surface of a comet of Churyumov-Gerasimenko on November 12, 2014, however couldn’t perform all volume of the planned work because of unsuccessful landing. The maternal probe has continued the work.