Annual rings of the red planet 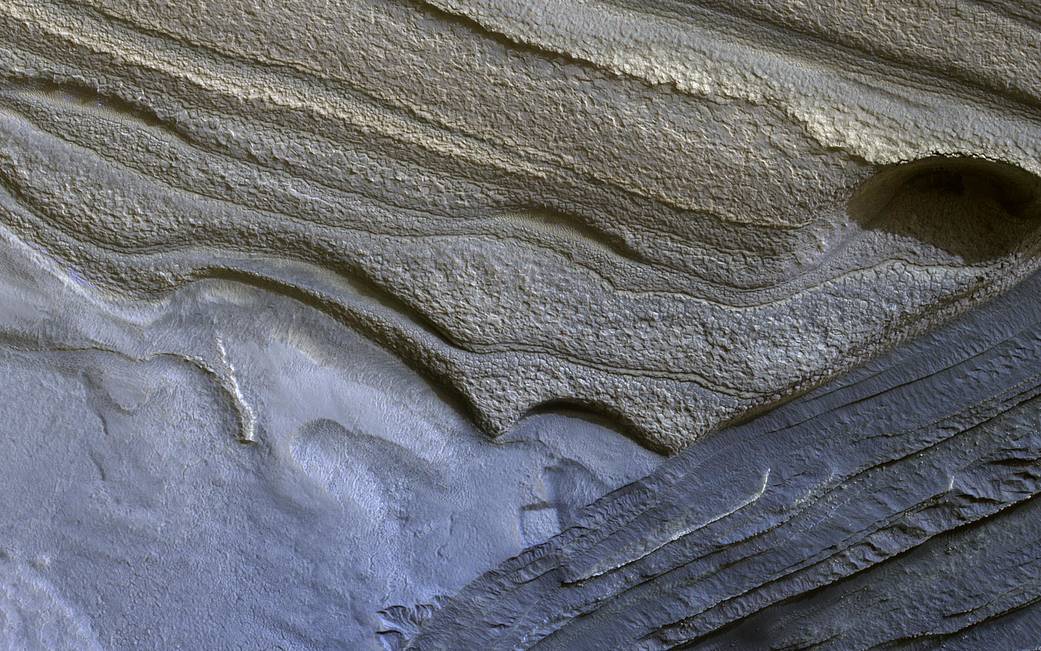 The polar caps of Mars consist of the upper layer of carbon dioxide (its thickness is several meters) and the water ice below it. The depth of its occurrence in certain places reaches a couple of kilometers. We must understand that the ice on the Martian poles is not in the form of a solid massif. The climate of the red planet has undergone changes many times: there were both glacial periods and their interglacials. During the latter, part of the ice at the poles melted, and part of it was covered with dust and sand. Then the ice returned and the process repeated. All this led to the formation on the poles of alternating layers of dust and ice – a kind of climatic annual rings. If we somehow manage to get to them and study, then we can learn about how the climate of Mars has changed over the past several million years. In the below image of the MRO apparatus, one of the sections of the northern polar cap of Mars is represented, where erosion has revealed several similar layers.