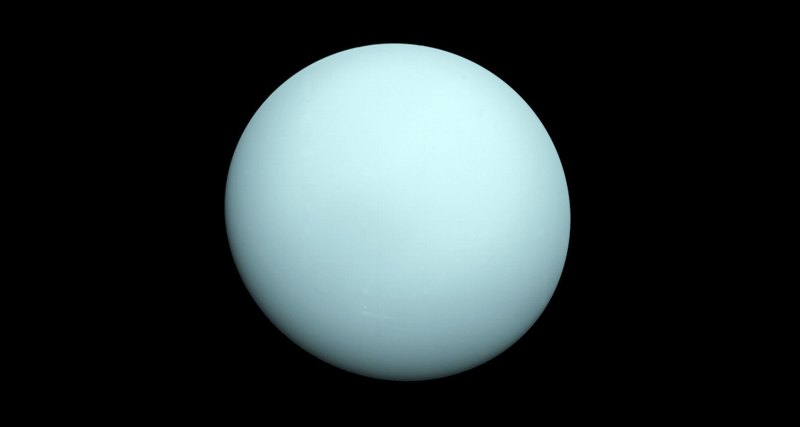 Astronomers have been trying to unravel the mysterious phenomena that have been singling out Uranus among other planets of the solar system for several decades. A new study suggests that their source is a collision with another planet, which occurred a long time ago.

For most planets, the poles correspond more or less to their position relative to the Sun, and on the Earth they determine the position of the north and south. However, Uranus remains a “black sheep”: for some reason, the seventh from the Sun planet always rotates sideways, besides making astronomers wonder their strange magnetic activity. Until now, scientists from all over the world are trying to figure out what caused this abnormal behavior of the planet.

A new study published in the Astrophysical Journal suggests that Uranus faced long ago a planet that is twice the size of the Earth. It could cause global changes of the planet, while Uranium itself is heavier than Earth 14 times. As a result, the collision was destructive, but it hardly deprived the planet of more than 10% of its atmosphere. 13 out of 27 satellites of Uranus are considered “internal”, that is, in fact they represent the mass of the planet that flew into space from a collision and eventually formed into a satellite.

Planetary collisions in the young solar system were not uncommon. Astronomers believe that our Moon is also the result of a blow to the Earth of a large celestial body, perhaps a planet. A new study may shed light not only on the anomalies, but also on the nature of other small cosmic bodies in the system.