Approach to Jupiter eyes of Juno 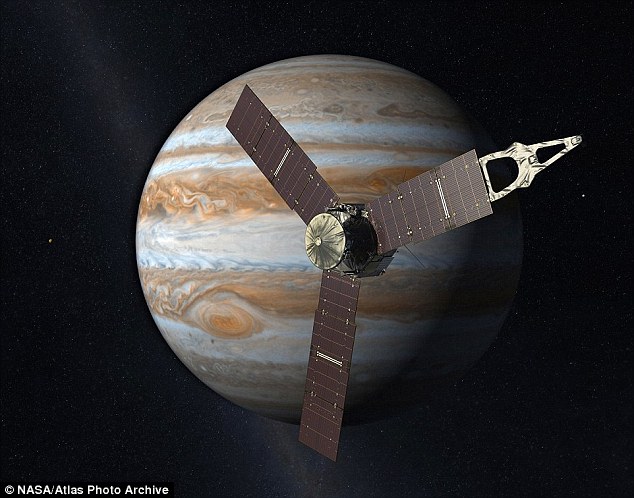 After the five-year travel on space the device “Juno” was fixed in an orbit of the largest planet of Solar system. The probe will turn back around Jupiter 37 times, trying to avoid the most intensive radiation, and then will dive into the atmosphere of the planet.

The amateur astronomer has posted video which shows approach to the huge planet eyes of Juno.

Floodlight — the fifth planet from the Sun and the most massive planets of Solar system, the gas giant — a sphere from hydrogen and helium. Scientists don’t know precisely that находтся in the center of the planet and whether Jupiter in the current orbit was created or migrated from other place of Solar system. Among other riddles: how many on Jupiter waters whether it has a firm kernel and why northern and southern fires of Jupiter the brightest in Solar system.

There is secret also a Big Red spot. The last observations of the Hubble space telescope have shown that the centuries-old monstrous storm in the atmosphere of Jupiter is reduced.

The spacecraft will finish a mission in 2018, “having jumped a swallow” in the atmosphere of Jupiter. The planets given about an origin will help to understand how Earth and Solar system in general developed.

Juno which has received a name in honor of the wife of the Roman god of Jupiter — the second mission which studies the gas planet. The first yupiteriansky mission — Galileo — has been started in 1989. Then the device has found proofs of existence of the ocean under the ice surface of Europe, the moon of Jupiter.