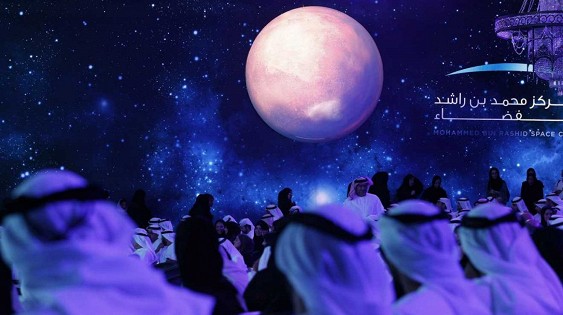 United Arab Emirates ready first among Arab countries to launch a probe to Mars. The device called “Hope” will go to “rendezvous” with the planet in July 2020.

2020 already now we can safely declare the year of Mars. Japan, China, USA, European countries, and now the UAE plan to send to the red planet your spacecraft.

The forum Project Space Forum, currently ongoing in Dubai, project programme Manager Omran Sharaf announced that the launch of the Emirati probe under the name of “Hope” to Mars will take place in July 2020.

The unit will take about 7 months to get to your destination. According to preliminary plans, the probe should reach the orbit of the red planet in early 2021.

Federal space Agency of the UAE, started its operation in 2014, after the authorities announced plans first Arab state to send a space probe to Mars.

In the framework of the mission “Hope” Arab experts hope to expand our knowledge of the atmosphere and climate of Mars. It is noted that the amount of collected and transmitted to Earth information will be 1 terabyte. Over the project will be working with 70 local scientists and engineers. By 2020 their number will increase to 150.

Omran Sharaf also added that they have already completed the preliminary design phase and hope to soon make a critical analysis.