Archaeologists have found the beheaded victim of Vesuvius 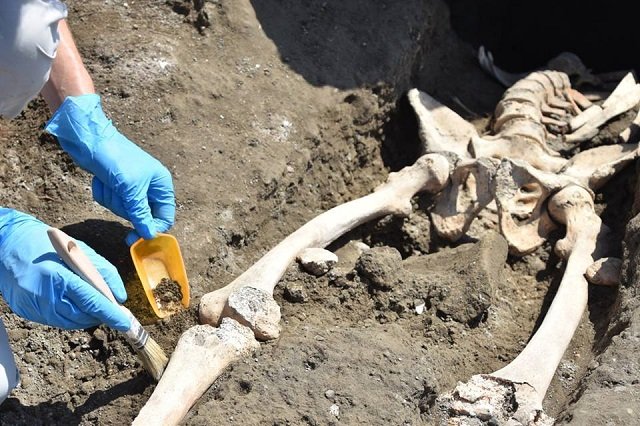 Archaeologists have discovered the remains of a man who died trying to escape the eruption of Vesuvius volcano in Pompeii. The man was beheaded by a 300-kilogram stone thrown out by the lava flow. The skull itself is not yet found by scientists.

Analysis of the remains showed that the man was over 30 years old. He had traces of infection on his leg. Perhaps he was experiencing problems walking, so he could not quickly escape during the eruption that occurred in 79 AD. 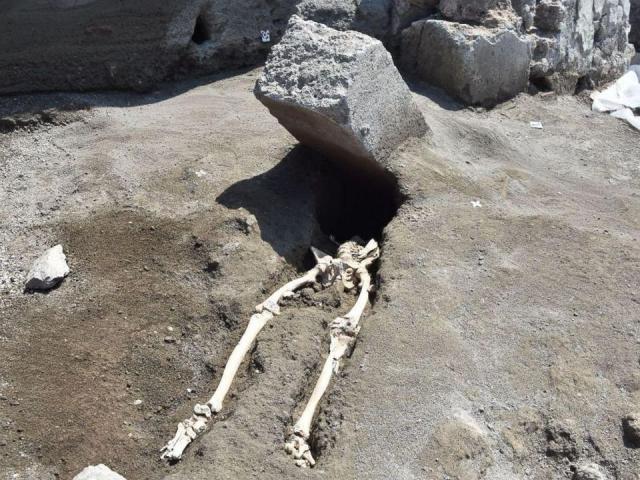 According to researchers, the skeleton is an “exceptional find.” Earlier, archaeologists found in Pompeii another similar victim-cripple, which died under the same circumstances.

Remains were found near the street with balconies, which was reported several weeks ago. At present, archaeologists conduct active excavations in the previously unexplored north-eastern part of the park.