Around our galaxy we discovered a hydrogen halo 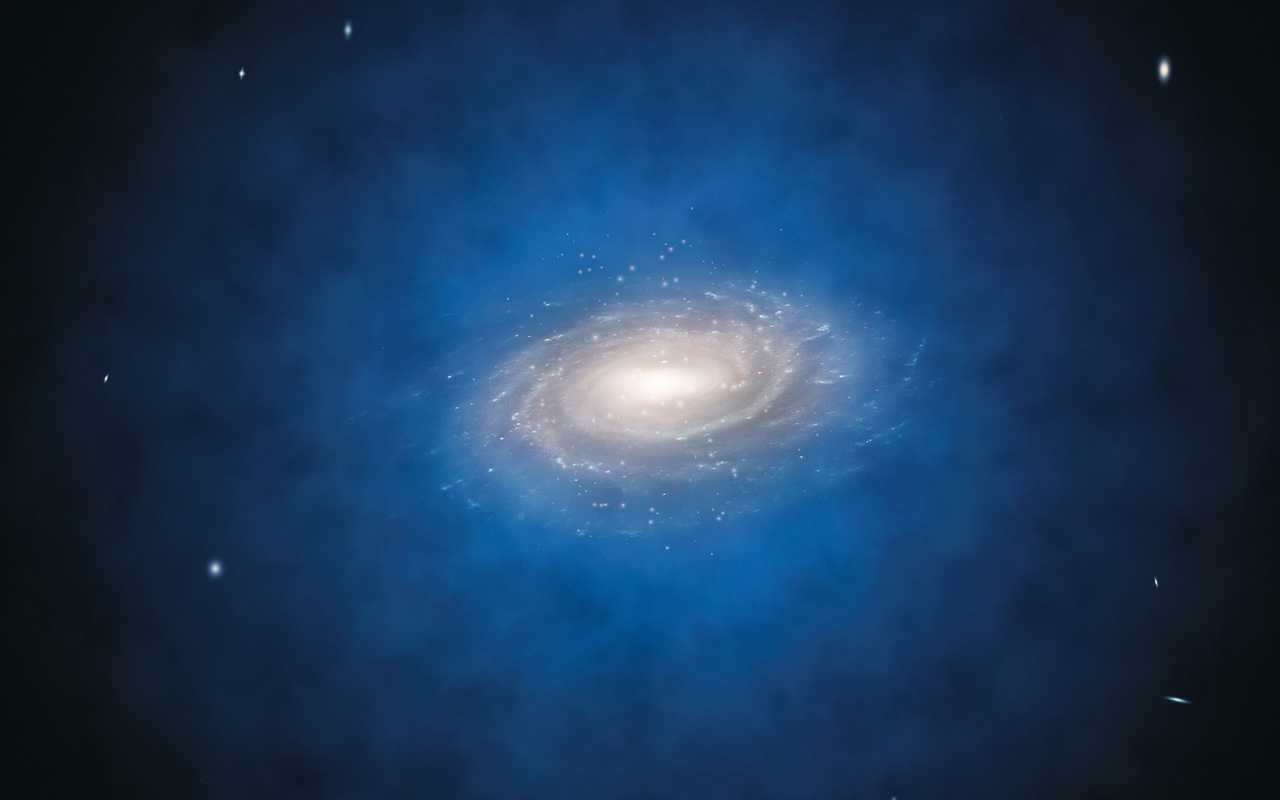 Astronomers at the University of Arizona, Professor Dennis Zaritsky and graduate student Huanian Zhang, summarizing data on Earth observations of 732225 galaxies, reported the discovery of a hydrogen cloud forming a vast halo around the Milky Way. For observations, a 2.5-meter Sloan Digital Sky Survey telescope was used.

Similar objects were previously observed in other galaxies, and therefore it was assumed that the same halo exists in our galaxy. But no one has yet discovered it experimentally, which is no wonder, because we are talking about the object that surrounds us from all sides. Attempts to reconstruct its shape and other characteristics remind drawing of the house drawing according to the results of observations from one of the rooms. Meanwhile, the matter seems important for reasons literally universal.

Astronomers have long known that the characteristic parts of a typical spiral galaxy, such as our Milky Way, are a central bulge surrounded by a disk and spiral arms that include only a small part of its actual mass. It is assumed that most of the missing consists of so-called dark matter, derived “at the tip of the pen”, but not yet discovered, which is believed to predominate in the universe. Dark matter does not emit electromagnetic waves and does not interact with “normal” matter (which scientists call baryon), therefore invisible to us. It is believed that the dark matter of a typical galaxy is concentrated in a more or less spherical halo, whose diameter is 10-30 times greater than the distance between the center of our Galaxy and the Sun.

“We define its existence through the dynamic modeling of galaxies,” explains Dr. Zaritsky. – And since the ratio of normal and dark matter is now well known, for example, from measurements of the cosmic microwave background, we have a good idea of ​​how much baryonic matter should be in the halo. But when we add up everything we can see with our tools, we get only half of what we expect. There must be a lot of baryonic substance awaiting detection. ”

“There are clouds of hydrogen in the galaxy, of which we have known for a long time – clouds with high velocity,” Zaritsky continues. “They were discovered using radio observations, and it’s really clouds – you see the edge, and they’re moving, but their total mass is small, so they can not be the dominant form of hydrogen.” 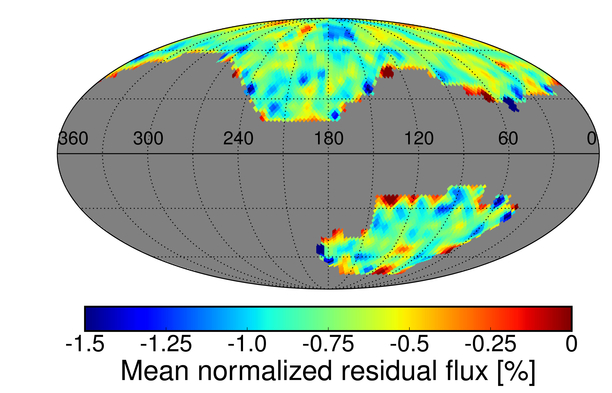 A generalized map of spectra. The color shows the emission of diffuse gaseous hydrogen in the halo of the Milky Way. Despite the fact that the degree of brightness varies, they are surprisingly uniform across the sky, which indicates a fairly uniform distribution of hydrogen, as expected in the galactic halo.

In search of missing matter, scientists have investigated the spectra of galaxies previously obtained by other specialists. They were looking for spectral lines of hydrogen, corresponding to what scientists expected to see – hydrogen in the same state as it is in the halo of other galaxies.

The main problem that scientists faced was the same – finding the place of observation inside the observed object. “When we see something everywhere, it can be very close to us or very far away, we do not know,” Zaritsky said.

It was to overcome this difficulty that more than 700,000 spectra were required covering almost the entire visible sky. If the hydrogen “lit up” in them would be part of the galactic disk, it would rotate around the center of the galaxy in much the same way as the solar system, and would be practically motionless relative to the observation point. In the same case, if the gas forms a halo around the galaxy, its individual sections should approach or away from the observer in accordance with their position in space. This is what was discovered when analyzing the data.

“Indeed, in one direction we see gas coming to us, and in the opposite direction we see departing from us,” notes Zaritsky. “This tells us that the gas is not in the disk of our Galaxy, but should be in the halo.”