Around the newborn stars and the nearby comet, molecules of terrestrial matter 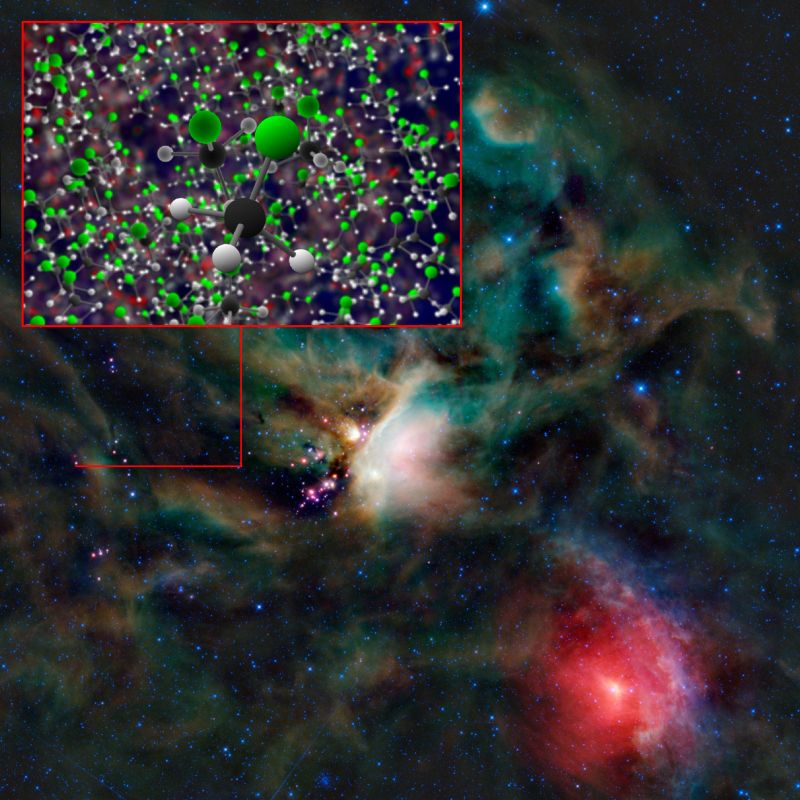 Astronomers using the Atacama Large Millimeter / submillimeter Array (ALMA) have detected traces of the presence of a methyl chloride molecule, a chemical that is widespread on Earth, where it is formed as a result of industrial processes and the course of biological reactions around a newborn star system known as IRAS 16293 -2422. Traces of this organic compound were also found earlier in the thin atmosphere of comet 67P / Churyumov-Gerasimenko with the help of Rosetta probe (Rosetta).

The discovery of this organic compound in space, however, has become a disappointment to astrobiologists who previously believed that methyl chloride in the atmospheres of distant planets may serve as a sign indicating the possible presence of life. These recent findings, made with the help of the ALMA observatory and the Rosetta probe, call into question this view. They indicate that methyl chloride is formed naturally in interstellar clouds and exists for a sufficiently long time to become part of the emerging planetary system.

IRAS 16293-2422 is a group of several newborn stars, or protostars, the mass of each of which is approximately equal to the mass of the Sun. This group of stars is about 400 light-years away from Earth and still remains surrounded by a “cocoon” of gas and dust, in which their formation took place.