Artificial intelligence in the service of astronomy 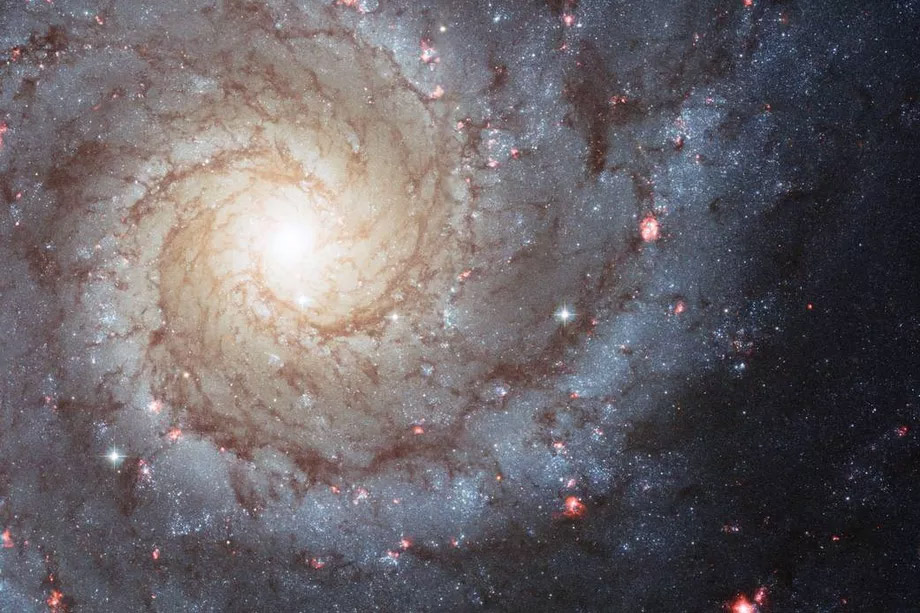 In our attempts to understand the universe, we are becoming increasingly greedy, and our observations are often ahead of our understanding. Satellites give us hundreds of terabytes of information every year, and only one telescope currently under construction in Chile will produce 15 terabytes of starry sky images every night. Humanity is simply unable to process so much information. As astronomer Carlo Enrico Petrillo says, “looking at pictures of galaxies is the most romantic part of our work. The problem is to keep the concentration. That’s why Petrillo taught artificial intelligence to do this work for him – observation.

Petrillo and his colleagues are busy looking for phenomena that are essentially “space telescopes”. When a large object (a galaxy or a black hole) finds itself between a remote light source and an observer on the ground, it distorts the space and light around it, creating a lens that allows astronomers to see closer the very old, remote parts of the universe that should be inaccessible to observation. This phenomenon is called a gravitational lens, and these lenses are the key to understanding what the universe consists of. However, their search is a long and tedious job.

And here comes into play artificial intelligence. And the search for gravitational lenses is just the beginning. As Andrew Eun, a professor at Stanford University, once said, artificial intelligence is capable of automating everything “that an average person can do […] in less than a second of deliberation. Less than a second is not enough time to think, but when it comes to using the huge amounts of data created by modern astronomy, it is time to weigh the weight of gold.

Astronomers involved in implementing AI are not just looking for ways to get the technology to sort the data. They are developing a possible radical new approach to scientific discoveries when the AI maps parts of the universe that we have never seen before.

But first, the gravitational lenses. Einstein’s general theory of relativity predicted this phenomenon in the 1930s, but the first sample was found only in 1979. Why? The cosmos is very, very large, and it takes a lot of time for a person to view it. Especially if he does not have a modern telescope. And that’s why hunting for gravitational lenses was a thankless job.

The lenses we now know have been found in many different ways,” says Lily Williams, a professor of astrophysics at the University of Minnesota. – Some were discovered by chance, by people who were looking for something completely different. There were people who had found them in just a couple of observations. But the rest were found by chance.

Viewing images is something that artificial intelligence is very good at. And so Petrillo and his colleagues in Bonn, Naples and Groningen turned to an AI-based tool, which is so loved in Silicon Valley. This is a kind of computer program consisting of digital “neurons”, modeled on the type of brain, which respond to the incoming signal. Give such programs (neural networks) a huge amount of data, and they will begin to identify patterns. They are especially good at processing visual information and are used in all digital surveillance systems, from cameras in unmanned cars to Facebook with its recognition and the ability to mark people in the photo.

“A very good specialist is able to evaluate images at a rate of about a thousand per hour,” says Petrillo. He estimates that the data available to this team of scientists will result in one lens per 30,000 galaxies. And a person working without sleep or rest for a week will be able to find only five or six lenses. In comparison, the neural network processes a database of 21,789 images in just 20 minutes. And this, as Petrillo says, is possible with just one processor of an ancient computer. So time can be greatly reduced.

However, the neural network does not have computer precision. In order not to see any of the lenses, their parameters were set in a rather general way. People had studied 761 “candidacies” proposed by the network, and after elimination the total number had been reduced to 56. Further observations were needed to confirm the validity of those findings, and Petrillo suggested that about a third of them would be real. In total, there is approximately one lens per minute. Compare this to about a hundred lenses discovered by the entire scientific community over the past few decades. Incredible progress and an excellent example of the use of AI in astronomy.

Finding these lenses is essential to understanding one of the greatest mysteries of astronomy: what our universe consists of. It is assumed that familiar objects (planets, stars, asteroids, etc.) are only 5 percent of physical objects, while the remaining 95 are other, unusual forms of existence of matter. These are such hypothetical forms as dark matter, which we have never directly observed. Instead, we study the gravitational effects it has on the rest of the universe, and gravitational lenses are one of the key indicators.

What else can artificial intelligence do? People develop a lot of new tools based on it. Some people, like Petrillo, have focused on identification, for example, when classifying galaxies. Others scour huge data streams in search of curious signals, such as a neural network, which filters out human-generated signals that contaminate information from radio telescopes, thus helping scientists to focus on potentially interesting signals. Even more neural networks are being used to identify pulsars, locate unusual exoplanets or sharpen low-resolution telescope images. There are no potential applications.

This spike is in part due to more general hardware trends that have led to the widespread use of AI, such as the lower cost of computer performance. However, the very nature of astronomy has also changed. Scientists no longer spend sleepless hours on cloudless nights, contemplating the path of individual planets. It is now a complex algorithm that sifts through the starry sky in parts, operating with huge amounts of data unthinkable to scientists in the past. Better telescopes, more data storage capacity – more data for analysis, respectively, than ever before.

Analyzing huge amounts of data is a strength of AI. And we can teach him to identify patterns and then make him work as a diligent assistant with a steady eye and attention.

Do astronomers care that they trust a machine so much that they may lack the human intuition to detect something sensational? Petrillo says he is not worried: “In general, people are more biased, less efficient and more prone to making mistakes than machines. Williams agrees with him: “The computer may miss something by accident, but will never do it systematically. As long as we know what they don’t know, we can use automated systems without much risk.

For some astronomers, the area of potential application of the AI goes beyond the usual sorting of data. They believe that artificial intelligence can be used to create information and fill in gaps, blind spots in our studies of the universe.

Astronomer Kevin Schavinsky and his team, which specializes in the study of galaxies and black holes, used the AI to sharpen blurry images from the telescope. To do this, they used the type of neural network, which is excellent for creating variants of data that are loaded into it. It is like a skilled craftsman who can imitate the manner of the famous painter. Such neural networks are called generative-versarial networks (or GAN, from generative adversarial networks), they were used, in particular, to create fake photos of celebrities, fake audio dialogues with imitation voice and other similar data. This is one of the richest strata of modern AI research, and for Shavinsky this means that it is possible to obtain information that did not exist before. The report, which he and his team published early this year, showed how GAN can be used to improve the quality of space photographs. Scientists lowered the quality of the array of galaxy images by adding noise and blur, and then used the network trained on the telescope images to increase their resolution, and then compared the result with the original. The results were strikingly accurate, sufficient to convince Shavinsky that the AI had the potential to improve the quality of all types of data in astronomy.

The scientist says he has something to share, but cannot disclose details before publishing the results. He is also wary of the project. After all, it was contrary to the basic principles of science: the universe could only be studied through direct observation. “That’s why it’s a dangerous tool,” he says. And it can only be used if we a) have enough accurate data for learning and b) can verify the results. You can teach GAN to generate data on black holes and freely project it onto parts of the sky that have not been studied in detail before. And then, if there is an assumption that there is a black hole, astronomers have to check it manually, as with gravitational lenses. Shavinsky says that, as with any scientific instrument, this should be thoroughly and patiently tested, making sure that the results are not misleading.

If these methods prove to be appropriate, they may become a new word in a study that Shavinsky puts on a par with classical computer simulation and good old-fashioned observation. We are at the beginning of the journey, but the effect can be huge. According to the scientist, “if you have this tool, you can apply it to all the existing data that is dusting through the archives, perhaps slightly improve it and make it more useful for science. Give a value that wasn’t there before. AI will do something like scientific alchemy, turning old knowledge into new knowledge. And we will be able to explore space more deeply than ever before, without even leaving the Earth.