As the Earth rotates? 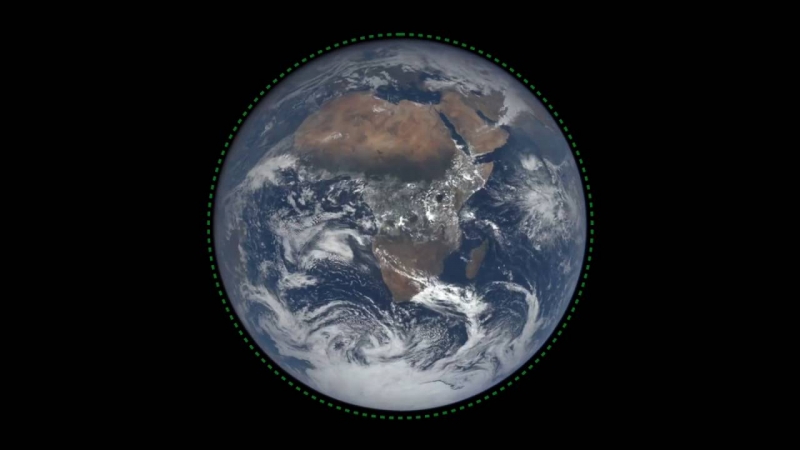 As the Earth rotates? Video created using time-lapse photography (timelaps) on which our planet revolves in space, shows a dizzying dance of clouds from the point of view of the satellite, located at a distance of 1.6 million kilometers. In two and a half minute video fit the whole earth.

Timelaps video created from 3,000 images of photographs of deep space Observatory NASA (DSCOVR). The satellite is a gravitational stable spot in space between the Earth and Sun known as Lagrange point L1.

Camera EPIC makes a new picture every 2 hours …photographing the changing movement of clouds and weather systems, the details of the terrestrial landscape — the deserts, forests and blue spots — sea, ” writes NASA. Camera allows scientists to monitor ozone levels and aerosols in the Earth’s atmosphere, the altitude of clouds, the properties of vegetation and the reflectivity of the Earth in the UV range.

The video slows down to show how the moon’s shadow racing across the Land in March 2016, during a full lunar Eclipse.

The main scientific objective of the deep space Observatory — to monitor the flow of charged particles that fly from the Sun. The phenomenon is known as the solar wind. Detailed forecasts of the intensity of the solar wind are helping the National oceanic and atmospheric administration to notify in real time about the solar activity, which can affect satellites and power lines.