Asteroid 2016HO3 – the Second Moon of the Earth 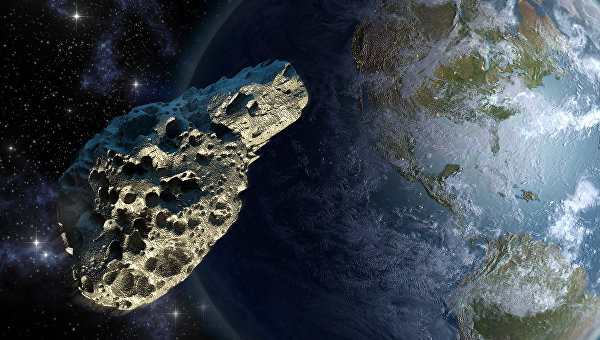 Opened in spring 2016 asteroid HO3, quasistatic and the second moon of the Earth, was the owner of a very stable orbit, which he will leave our planet in a hundred years, a million years or even more.

The closest and, as it turned out, the most stable Casilina of the Earth, the asteroid 2016 HO3, was discovered by the famous astronomer Paul Chodas (Paul Chodas of the jet propulsion Laboratory of NASA and his colleagues at the end of April this year. It is a small object with a diameter of 100 meters, which is circling around our planet for at least one century.

Astronomers known four such heavenly bodies that have become temporary moons: the asteroid 2003 YN107, 2004 GU9 AND 2001 GO2, 2002 AA29. They can regularly come near to the Earth, however, these objects, unlike the HO3 2016, spent in the company of the Earth moments in astronomical terms – for years and decades.

Originally Chodas and his colleagues believed that 2016 HO3 will hold together with the Earth a few hundred years, which is unusually long for quasispherical.

As the scientists explain, the motions of the planets and asteroids in orbits depends not only on how they interact with the most severe and close to it the object – for example, the sun or the Earth in this case, but with all the bodies in the Solar system.

When the body moves in its orbit, the nature of these interactions is changing, and with them changing the orbit itself, which makes the prediction of the position of a denizen of the Solar system at an arbitrary moment of time is extremely difficult and time-consuming computational task.

Using the standard model of the motion of bodies in the Solar system and supercomputer, Raul and Carlos de La Fuente Marcos came to the conclusion that 2016 HO3 do will significantly change its orbit in about 300 years, however, he does not cease to be the companion of the Earth for at least another million years.

As shown by their calculations, during this time, he just goes around the Earth in an orbit that resembles not a circle, and a horseshoe, between the teeth which will be our planet. The reason for this, as scientists believe, is the unusually close proximity of this second moon with the Earth, making its orbit is relatively stable compared to other quasistatically.

This, according to fellow astronomers, will make the second moon of the Earth is an ideal object to study the behavior of quasispherical and near-earth asteroids in General.