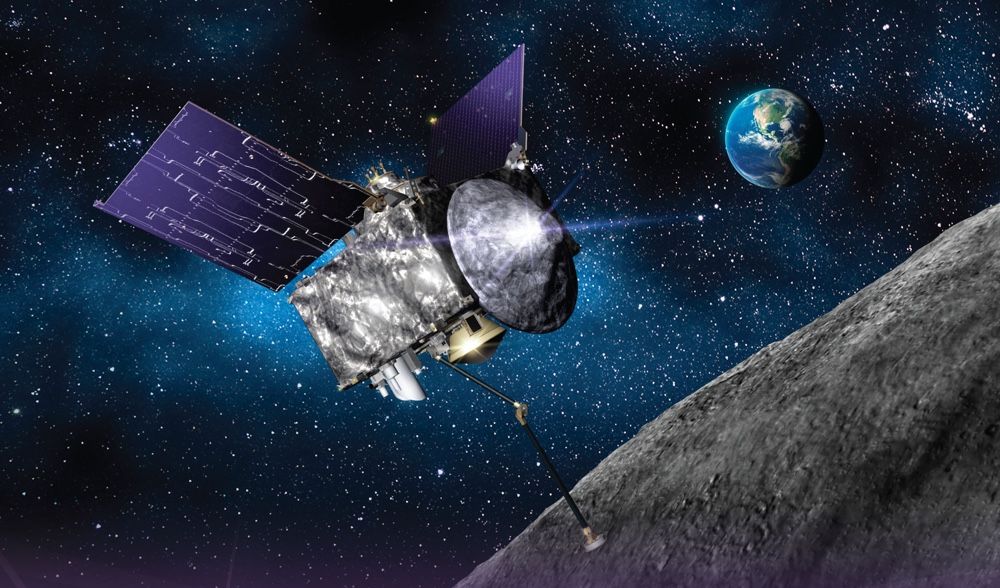 The OSIRIS-REx probe examined the Bennu asteroid at close range, noting emissions of dust and an uneven surface, extremely dangerous for the upcoming landing.

The American interplanetary vehicle OSIRIS-REx, preparing for sampling from the asteroid (101955) Bennu, entered its orbit as early as December 2018. Since then, the probe has repeatedly observed how dust is emitted from an asteroid surface. These processes were a big surprise for scientists, and the rest of Benn was not as primitive and “dead” as expected. A series of articles published in the journals of the Nature group are devoted to the current results of his research.

In particular, in the first days of 2019, OSIRIS-REx noticed several light clouds of dust near the asteroid. According to expert estimates, its particles are ejected from the Bennu surface at a speed from a few centimeters to several meters per second. Some of this dust is scattered in outer space, the other remains in the asteroid orbit and moves with it. According to scientists whose article was published in Nature, for the period from January 6 to February 18, they observed such emissions at least 11 times.

It is not yet possible to say what exactly causes these emissions; so far, no such activity was expected from asteroids. It is possible that there are reserves of light hydrates beneath the Bennu surface, and when heated during the rendezvous with the Sun, they release a gas that carries with it solid dust particles. In this case, the near-Earth asteroid was in its current orbit not so long ago. It was formed, most likely, in the asteroid belt, between Mars and Jupiter, and as a result of random gravitational interactions could move to the Earth, where, under the action of sunlight, it began to “evaporate”. This version involves another article published in Nature Astronomy. 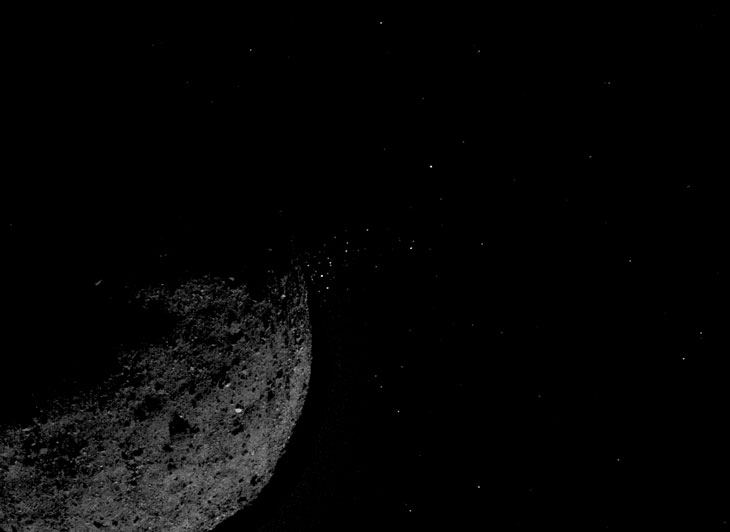 This dust is hardly dangerous for the OSIRIS-REx probe itself and the most complicated sampling operation that is to come. However, approaching the surface of the asteroid, apparently, will be much more difficult than the developers of the mission expected. In a publication presented by Nature Geoscience magazine, it is described as exceptionally hard and uneven. For safe descent, the device needs an even space of at least 50 meters wide, but there is simply no suitable area on Bennu.

Judging by the observations of OSIRIS-REx, almost the entire surface of a 550-meter asteroid is a dangerous pile of stones. Only here and there on it there are platforms covered with sand and dust no more than 20 meters across. Most likely, he will try to lower one of them in a few months in order to draw in small particles with his “vacuum cleaner” for sampling.