Asteroid Bennu from a distance of 330 km 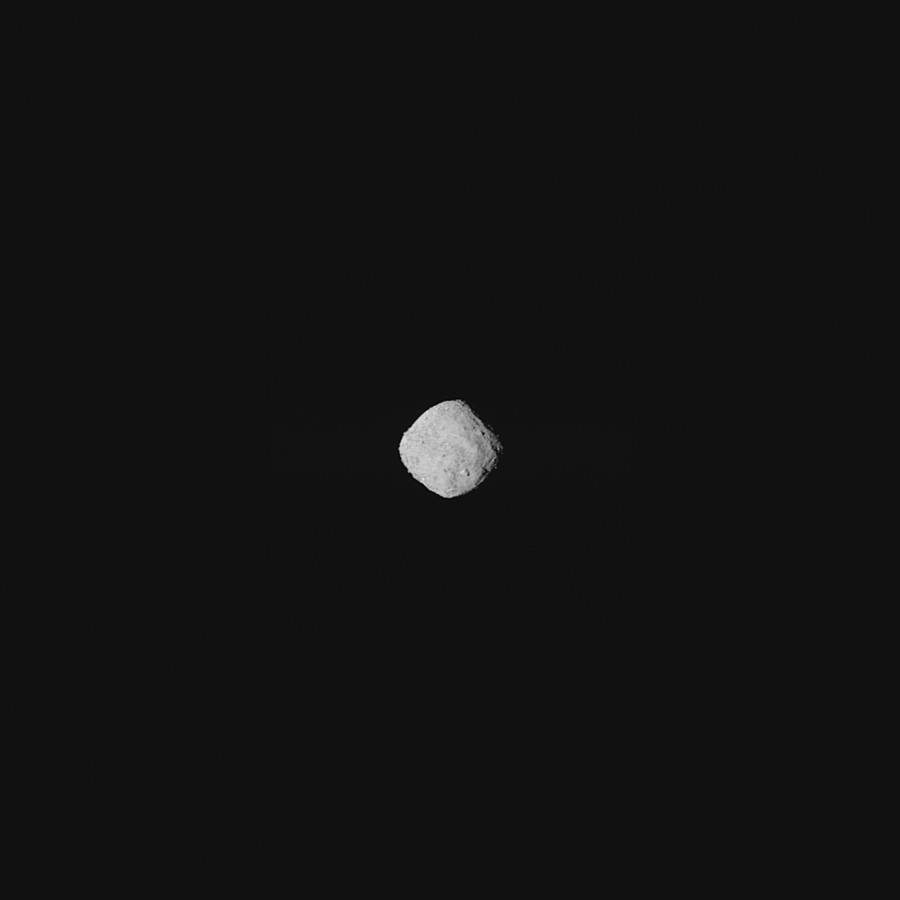 The presented photograph is the most detailed at the moment image of the asteroid Bennu (101955 Bennu). It is composed of eight images taken by the OSIRIS-REx station on October 29, 2018. At the time of shooting the device was at a distance of about 330 km from the asteroid.

During the time elapsed between the first and the last snapshot, Benn managed to turn around 1.2 degrees. To collect photos into a single image and achieve maximum resolution, the mission’s specialists used a special computer algorithm. In the resulting image, Bennu covers an area equivalent to 100 pixels. The north pole of the asteroid is at the top.

The image already allows you to see the main details of the Bennu surface. As the researchers supposed, it looks very similar to the asteroid Ryugu (162173 Ryugu), which is currently being explored by the Japanese station Hayabusa-2. But asteroids vary in size. The diameter of Ryugu is about 900 m, Bennu – about 510 m. 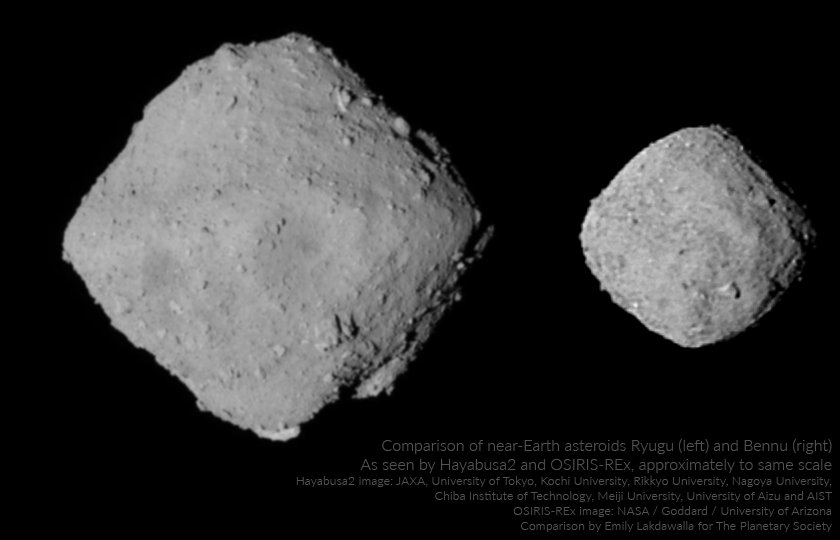