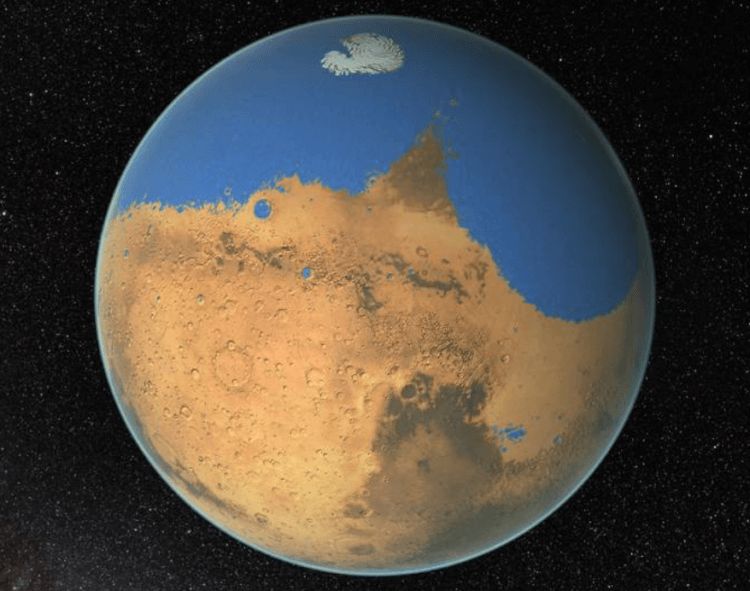 According to the Journal of Geophysical Research: Planets, an international team of scientists from France, Spain and Australia came to the conclusion that about three billion years ago, the red planet was under the influence of a powerful cataclysm, the main culprit of which was water. A huge wave the height of a ten-story house swept at a speed of 60 meters per second over almost the entire area of ​​the planet. What happened after that almost all the water on Mars simply evaporated?

Despite the fact that at present the bulk of all the liquid on the planet is concentrated under the poles of Mars, in the past the planet was even more comfortable for life than Earth. According to the latest data, ancient Mars had a vast ocean that exceeded the size of the Arctic Ocean. The depth of such a water reservoir reached 2 kilometers, and its water reserves would be enough to cover the entire surface of the planet with a layer of 130 meters.

Is Lomonosov to blame for everything?
The mystery of the disappearance of such a large amount of water is still extremely urgent for scientists from around the world. However, a new study can shed truth on such a mysterious phenomenon, linking together two completely different witnesses of an ancient event of a planetary scale: the traces of the ancient ocean that have survived to this day and the Lomonosov crater, whose diameter exceeds 150 kilometers.

According to the study, the age of the crater coincides with the age of Martian basins, similar to those that occur on Earth as a result of the impact of the tsunami. In addition, the asteroid that caused the appearance of a giant wave was supposed to fall to the bottom of the ocean, as evidenced by the preserved form of the crater.

Most likely, the Martian tsunami could have a reddish tint due to the large amount of dust that existed on Mars already in that distant time. 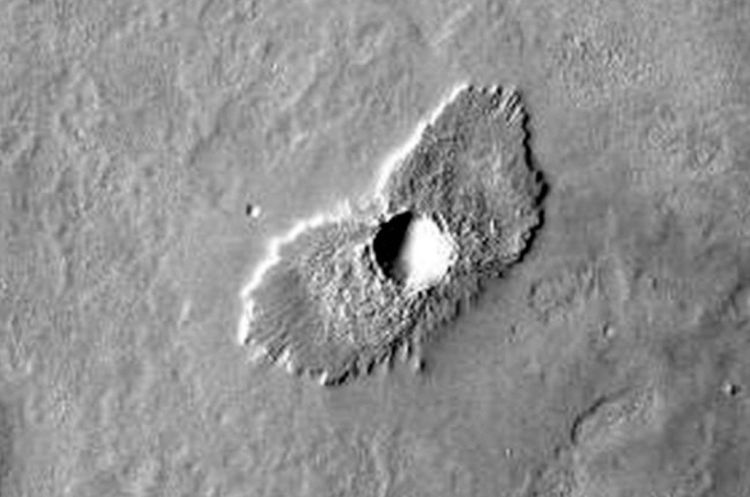 It is very difficult to answer the question of how and why the red planet had large water supplies in the past. This harsh and dusty world receives one third less solar heat than the Earth, and weak Martian gravity would not allow any significant reserves of water in liquid form. The only thing that hypothetical researchers could find on such a planet would be ice. However, according to the latest models, scientists have found that with a high degree of probability, ancient Mars could have a hydrogen atmosphere, which would allow it to retain water in the liquid phase due to a rather favorable climate on the surface.

To date, Mars has lost most of its water reserves. The remnants of the former wealth today exist only in the form of several underground lakes, and on the surface of the planet, liquid water appears only occasionally.