Asteroid in the background of the star cluster 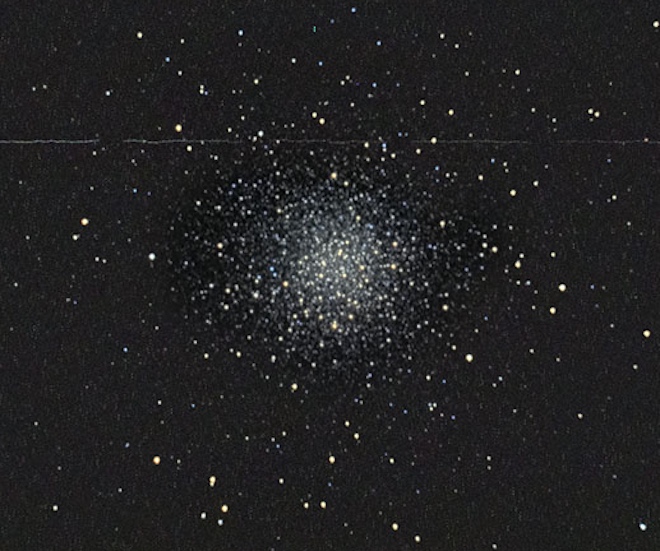 On the night of May 15, asteroid 2010 WC9 flew past Earth. But first he flew past the globular star cluster Messier 10 (M10) in the constellation Ophiuchus. Dennis Simmons took a picture from Brisbane in Australia.

A steep track of the asteroid in the photo is the result of periodic errors in the transmission of the telescope of the photographer. Simmons noted that he was excited when the asteroid did not appear on time – he checked the schedule and data on his desktop computer and they coincided with the data on the laptop connected to the telescope. Therefore, he continued to observe – the 2010 WC9 appeared in the frame to the left 5 minutes later.

2010 WC9 is known as the “lost asteroid”, because astronomers lost track of it shortly after it was discovered in November 2010. The asteroid did not return to Earth for almost 8 years – until this week. Its size is estimated at about 60-130 m wide. This puts him on a par with the Tunguska meteorite, which fell in Siberia in 1908. Also, it is at least 3 times more than the Chelyabinsk meteorite that exploded in the Urals sky on February 15, 2013. It is believed that there is no danger of collision with WC9 2010 for the Earth. New observations of the asteroid in recent days have expanded our knowledge of its orbit – in the next 100 years, a collision with it does not threaten the planet.