Asteroid in the shape of the skull approaches the Earth 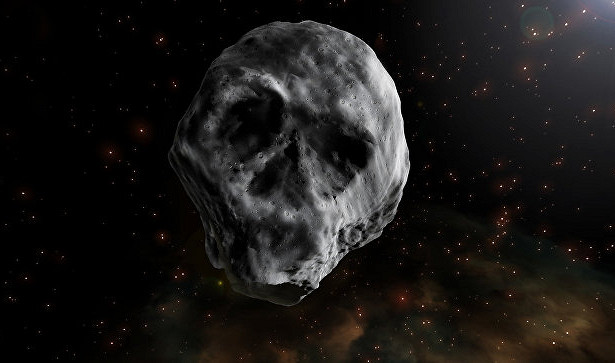 Asteroid 2015 TB-145, reminiscent of the shape of the skull, is approaching the Earth. The closest rapprochement will occur in November next year.

An unusual asteroid has a size of 625 to 700 meters. At the same time, its surface reflects only six percent of sunlight. The period of rotation around its own axis is approximately three hours.

The previous approach of the asteroid to the Earth occurred in October 2015. The heavenly body flew from our planet at a distance of only 1.3 distances from Earth to the Moon. Next year it will fly a little further from us.

According to the scientists’ forecasts, the next approach of the asteroid 2015 TB-145 to our planet will occur only in 2088.

On December 16, it was reported that the asteroid 3200 Phaethon is approaching the Earth. He flew on December 17 at a distance of 10.4 million kilometers from our planet.