Asteroid JO25: what we know about it and where it goes 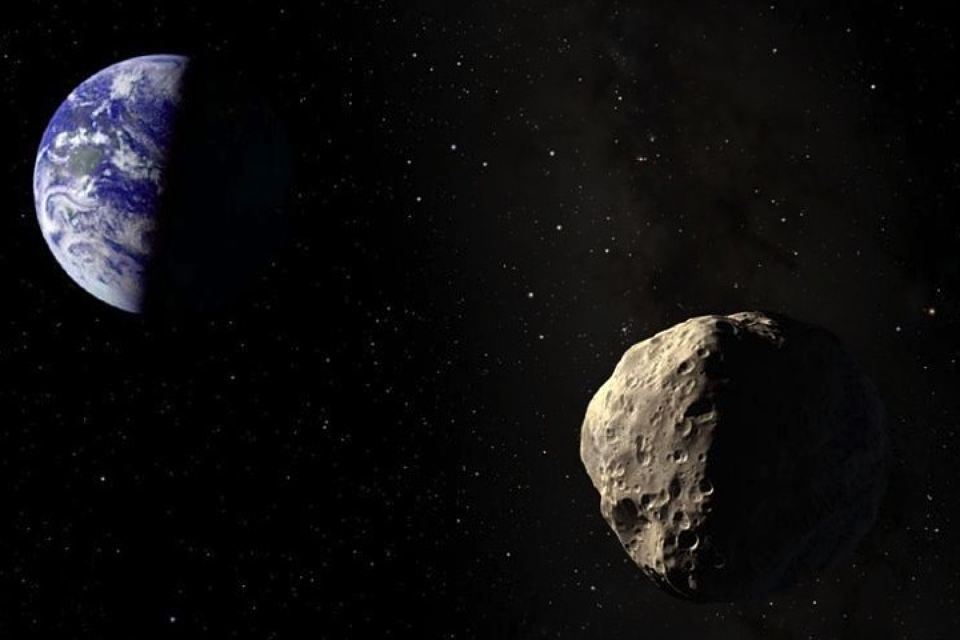 The asteroid 2014 JO25, with a diameter of about 650 meters, has already approached our planet for a distance of less than 1.8 million kilometers. This relatively large near-Earth asteroid is now only four times farther from the Earth than the Moon.

What do we know about it?

The asteroid 2014 JO25, with a diameter of about 650 meters, has already approached our planet for a distance of less than 1.8 million kilometers. This relatively large near-Earth asteroid is now only four times farther from the Earth than the Moon. NASA called the asteroid “potentially dangerous” – PHA (Pocently Hazardous Asteroid). All asteroids with a size of more than 100 meters automatically fall into this category and fly closer to the Earth than 19.5 distances from it to the Moon.

Mathematical model of motion of the asteroid JO25.

Thus, preliminary estimates show that the size of the asteroid is about 60 times larger than the diameter of the asteroid that penetrated the earth’s atmosphere over Chelyabinsk in February 2013.

However, according to astronomers from NASA, it absolutely does not threaten our planet at all, as it will pass through a safe orbit for it. The asteroid was discovered in 2014, so scientists have been watching it for a long time, however, nothing is known about the structure of the object. But they can be admired without the help of complex astronomical devices.

The object can be examined in detail with the help of small optical telescopes, or even binoculars (in some regions) on the night of April 19-20. After that, the JO25 will sweep away the expanses of the universe further – the cosmic body moves with a rather large speed for the asteroid.

How to see it?

If you correctly calculate time and direction, an asteroid will be visible in your region as a very slow moving “star”. Although due to the distance it will seem that it is moving slowly, in fact the JO25 moves through the space at a speed of 120,816 kilometers per hour. In addition, the asteroid can be observed for several minutes, not seconds, as usual.

The asteroid JO25 is still only approaching the Earth.

Gianluca Mazi, one of the Italian astronomers, involved in the “discovery” of the asteroid, invites all comers to join the observations “online” on the corresponding page for free.

A bit of history

Small asteroids pass about the same distance from the Earth several times a week, but the size of JO25 allows us to compare it with the asteroid Tautatis, whose size was more than 5 km. In September 2004, Tautatis also approached the Earth at a distance almost equal to four “lunar” distances. The next known astronomer meeting with an asteroid of comparable size should occur only in 2027, when the 1999 AN10 asteroid with a width of about 800 meters will fly at one lunar distance from the Earth, that is, about 380,000 kilometers.

The trajectory of the motion of JO25 relative to the orbits of the planets of the solar system.

Thus, the appearance of JO25 near the Earth will be the closest approach of this asteroid to the planet in the last four hundred years. Then JO25 will not appear next to our planet for at least the next five hundred years. We will miss you.