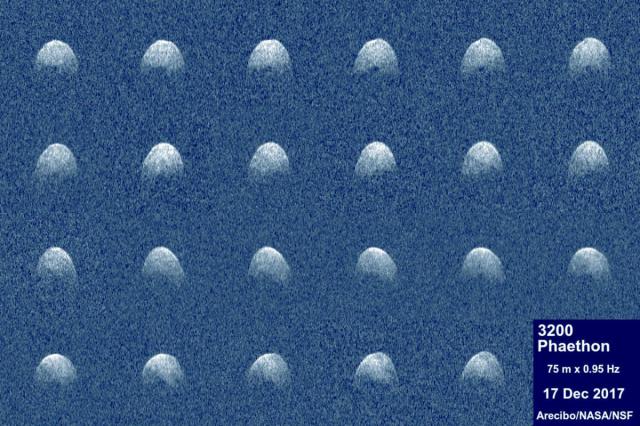 Astronomers received images of the near-Earth asteroid Phaethon, made using the radar of the Arecibo Observatory in Puerto Rico. Observations were conducted in December 2017, when the object was located at a distance of 1.8 million km from our planet.

Phaethon was discovered on October 11, 1983 by the IRAS. The asteroid belongs to the Apollo group. As can be judged from the images, Phaethon has a spherical shape. It resembles the asteroid Bennu, but it is a thousand times larger.

On its surface near the equator there is a large depression with a diameter of several meters, as well as a dark circular formation near one of its poles. “Spot” can be a crater or just a hollow. The diameter of the object is 6 km, 1 km more than previously thought.