Astrobiologist proposes to seed other planets with life 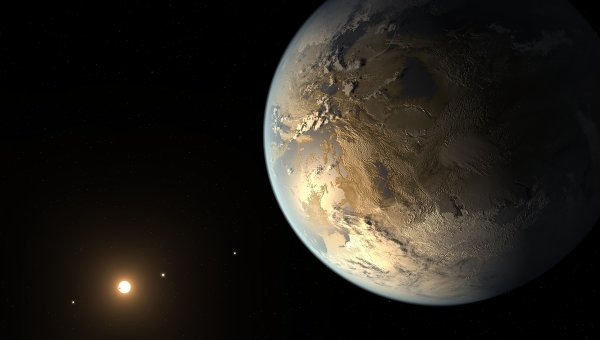 A planetary scientist from Germany offers to artificially accelerate the development of life on planets capable of supporting life, but that she has not yet developed, sending back capsule with the earth’s microbes in the distant future.

We are more than confident that we will soon open a large number of exoplanets that are inhabited by their nature, however, where life can not exist permanently. Life will in principle be possible on such planets, but she just doesn’t have time for them to develop on their own due to supernova explosions and other factors, said Claudius Gros, University of Frankfurt (Germany).

Since 60 years of the last century, when was created the SETI project, humanity started to look for the brothers on reason in space and traces of life on the planets of the Solar system and outside it. The first attempt to calculate the probability of the existence of such civilizations, made famous by the astronomer Frank Drake showed that extraterrestrial life must exist, but we still have not found what makes astronomers to seek an explanation as to why we are still alone in the Universe.

In addition to the depths of space, planetary scientists and astrobiologists for decades trying to find traces of life in the Solar system, Mars, Venus and the satellites of Jupiter and Saturn. Their main fear in the solution of this problem is not that we don’t find traces of life on these planets, and that we may accidentally contaminate spores of terrestrial microbes, thereby contaminating them and making it impossible to search for these alien organisms on it.

Gros proposes to remove this taboo and not to use it for missions, which in the future will go to potentially habitable worlds, such as, for example, Proxima Centauri b, the nearest earth-like planet. Moreover, in his opinion, we must send to such ekzoplaneta automatic probes, which will check whether they have life, and to sow their synthetic microbes in the case of its absence.

The question arises, why we need it. According to astrobiology, such a cosmic seeding will help mankind to start the evolution of life throughout the Galaxy and to eventually ready the site for construction of human colonies around other stars, inhabited by the usual and familiar forms of life before the future colonists will arrive.

Initially Gros offers to sow only those planets where life can emerge on their own due to the instability of the orbit, the lack of plate motion that ultimately turns the analogue of the Earth in the likeness of Venus, but also the worlds of life which can be destroyed by superspice on their bodies and the supernova in the neighborhood.

This approach, in his opinion, will protect humanity from the hypothetical possibility that the germs will destroy incipient life, and thus will cause xenocid planetary scale. In addition, the creation of new life and its spread, as the scientist believes, will be a kind of retribution of mankind for the animals and plants that we have managed to destroy.