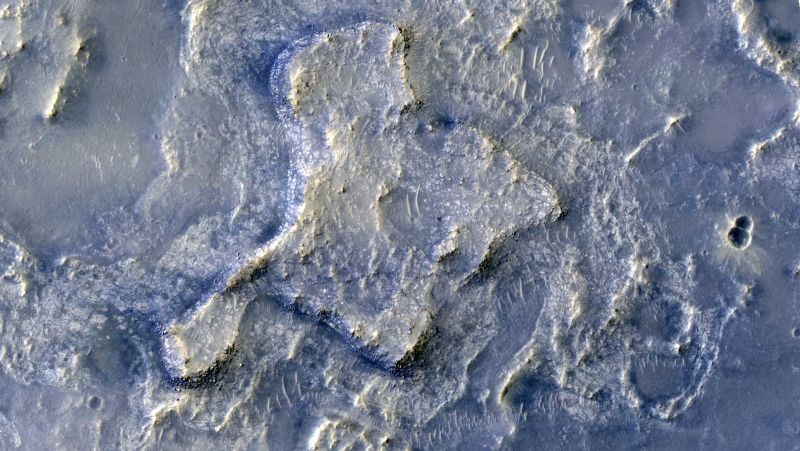 American scientists compiled the first map of the north-eastern part of the Martian plateau of the Great Sirte, indicating the geomorphological and stratigraphic characteristics of the landscape.

Northeast Sirte is located between the northwestern boundary of the Isidis Basin and the Great Marte Plateau of Mars and is a site with a high diversity of rocks dating back to the late Noy and early Hesperian eras (4-3 billion years ago). The available data make it possible to identify four stratigraphic regions on the site, depending on the presence of minerals associated with specific liquid media: phyllosilicates (clay minerals) of magnesium and iron; Olivine-enriched carbonates; Aluminum phyllosilicates and layered sulfates. According to one of the hypotheses, the evolution of rocks was from neutral pH (end of the Noy era) and clay minerals to alkaline-acid conditions (the beginning of the Hesperian). However, recent studies show that magnesium and iron phyllosilicates are already formed at low pH, or under moderately acidic conditions.

When compiling a new map, the staff of the Brown University and the University of Michigan in Dearborn used the observations of the Mars Reconnaissance Orbiter interplanetary automatic station (MRO). The model was based on two base maps: the first was based on a mosaic of images taken by a panchromatic context camera (CTX) – they were processed using the ISIS package and rendered at a resolution of about seven meters per pixel. The second map was built using the HiRISE camera and the ArcMap application on a scale of 1: 1000. Mineralogical mapping was carried out by processing the measurements of the CRISM spectrometer. Based on the dynamics of absorption of waves of different lengths, the authors concluded that the chemical composition of the strata, for example, phyllosilicates of magnesium and iron absorbed 1,4-, 1,9-, 2,29-2,31-micrometer waves, and kaolins – 1,4-, 1,9 and 2,2-micrometer. 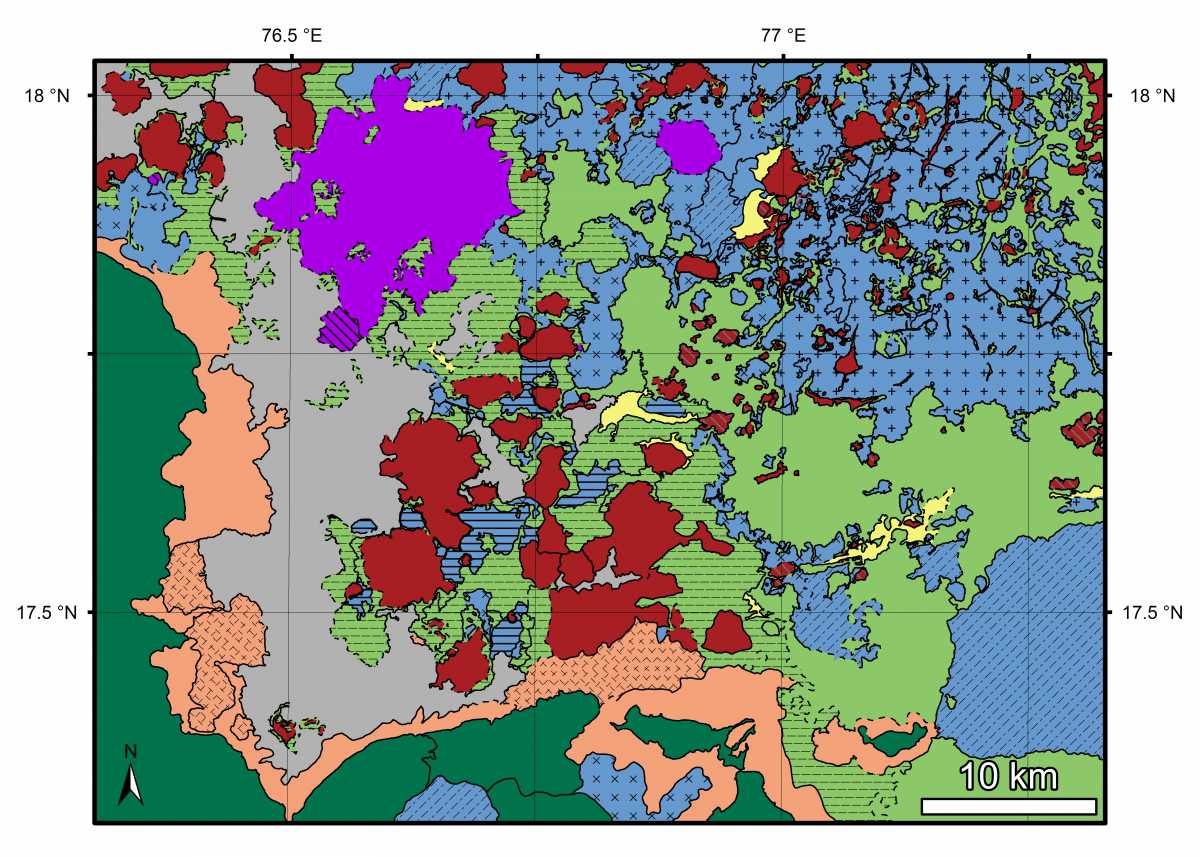 To study the thermal inertia of the surface of the site, scientists used the data of THEMIS cameras for visible and infrared ranges with a spatial resolution of 100 meters, in particular 10 spectral bands between 6.8 and 14.9 micrometers. After the analysis, they identified three bands – 9.35-, 11.04- and 11.79-micrometer – as the most suitable for comparison with CTX and HiRISE. The results showed that, despite the high heterogeneity, the Northeast Sirte can be conditionally divided into five stratigraphic zones: a basic pyroxene layer with a low calcium content and phyllosilicates of magnesium and iron (found on the plains of the Earth); An extensive reservoir with olivine and carbonate; Surface layer with craters and an unclear chemical composition; A sloping formation 100 m thick with layered sulfates; Volcanic strata with calcium-enriched pyroxene.

According to scientists, the new map allows you to trace the history of the formation of the rocks of Mars and indicates that the planet contains conditions that are potentially suitable for habitation. Thus, phyllosilicates, which make up the most ancient layer of its surface, are distributed on the Earth (for more details on the connection between the origin of life and clay minerals, see our material). Above is kaolinite, a mineral formed as a result of seepage of water into the soil, and on the next layer olivine combines with carbonate, which also serves as a source of energy for terrestrial chemoautotrophs. In addition, the map can help in planning the Martian missions, the authors believe. In particular, the Northeast Sirte is considered as one of the possible landing sites for the new NASA rover in the framework of the Mars-2020 program. The base for the device will serve as Curiosity, which is now continuing the study of the Red Planet.