Astronaut published a photo of the Crimean bridge with the ISS 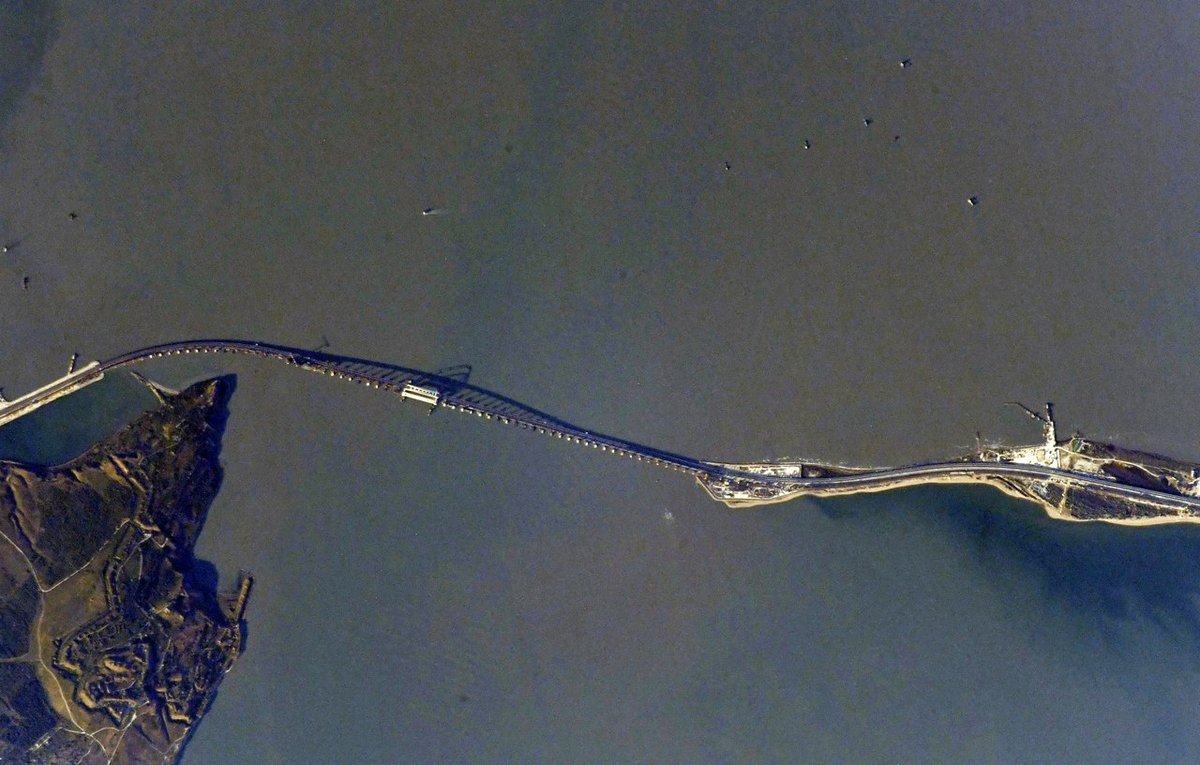 Russian cosmonaut Anton Shkaplerov published a photo of the Crimean bridge made from the international space station.

“My third space flight is coming to an end, and I’m finishing monitoring the construction of @Krymsky_bridge (space bridge) from space.” I will now track from the Earth, “the cosmonaut wrote on Twitter.

On the eve of Shkaplerov, the command of the ISS was handed over to the American Andrew Foistel.

The bridge to Crimea is the longest in Russia, its length is 19 kilometers. The beginning of the car traffic was planned for December 2018, but the work was completed ahead of schedule. On May 15, Russian President Vladimir Putin opened the automobile part of the bridge across the Kerch Strait, the motor traffic was launched on May 16.